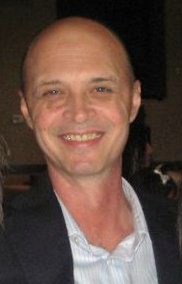 Age 55, passed away at Cherry Meadows on Wednesday, October 20, 2010. He was born in Bossier City, LA the son of Daniel and Bessie (Russell) Westlund. On April 4, 1986 he married his wife of 24 years, Sylvia Garcia. In 1998, employment brought Terry and Sylvia to the Appleton area where he was employed at J.J. Keller as a Press Operator. Terry was a talented trumpet and keyboard player. He played with live bands, including Wynnd, who opened for Chaka Khan. Terry also enjoyed hosting foreign exchange students, volunteering with R.S.V.P., birds, blue bonnet flowers, and was also a wonderful cook. He will be remembered for being dependable, well liked, loving and gentle.

The memorial service will be at 5:00 p.m. on Monday, November 1, 2010 at the Wichmann Funeral Home, Tri-County Chapel, with Chaplain Jordan Kuczwara officiating. Friends will be received at the funeral home on Monday from 9:00 a.m. until 11:00 a.m. and at 3:00 p.m. until the time of the service.

The family extends a special thank you to the staff at Martha Seikman Cancer Center at Appleton Medical Center for their wonderful care and support.