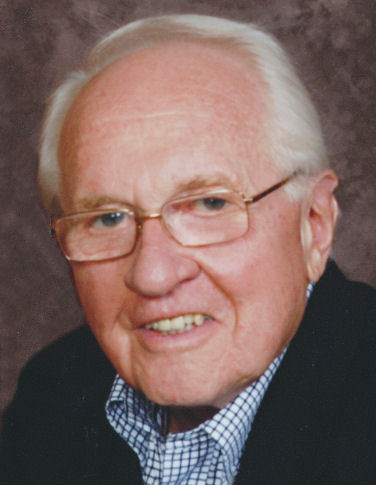 Terry Thomas, age 76, passed away on July 7, 2015, following an unexpected surgery at the Appleton Medical Center. Terry was born in New London on August 28, 1938, son of the late Winston and Neva (Redemann) Thomas. He was a graduate of the New London High School, and on October 5, 1957 married the former Joyce Grunwald at Zion Ev. Lutheran Church in Readfield. Terry attended the Wisconsin Institute of Mortuary Science in Milwaukee, and took a job with a funeral home in Eau Claire. Military service interrupted his career, and he served in the United States Army for two years, during the Berlin Crisis. Following his military service he returned to Eau Claire. In the mid-1960's, Terry and Joyce moved to Appleton where Terry began his work as a funeral director at Wichmann Funeral Homes. He worked for Wichmann's for several years before taking ownership of the Thomas-Ellenbecker Funeral Home in Appleton. He operated his own facility for ten years, and later returned to Wichmann's to finish his career. In his retirement, he remained as a treasured member of the funeral home's part-time staff.

Terry is survived by his life-long love: Joyce J. Thomas of Appleton; three sisters-in-law: Donna (Lou) D'Andrea, Charlotte Grunwald, and Janice Grunwald; his nieces and nephews: Lori (Dale) Schmidt, Dr. Lynn (Santosh Krishnan) D'Andrea, Julie (Rob Hudson) D'Andrea, Dawn Merle, Randy (Karen) Grunwald, Brian (Lisa) Grunwald, and Wes Steingraber; a sister: Patti Thomas; and an aunt: Maxine Redemann. He also leaves behind some very special people in his life. They include Barbara Grunwald, Tammi and James Hawbaker, Tracey and Pat Spampinato, as well as many other friends and associates. Terry was preceded in death by his parents, by Joyce's parents Fred and Emma Grunwald, and by brothers-in-law LaVerne Grunwald and Wallace Grunwald.

Memorial services for Terry will be held at 1:00 PM on Friday, July 10, 2015 at WICHMANN FUNERAL HOME, 537 N. Superior Street in Appleton. The service will include masonic rites, a prayer service offered by Deacon Rick Simon of St. Pius Parish, and full military honors. Joyce will receive relatives and friends at the funeral home on Friday morning from 11:00 AM until the time of the service. In lieu of flowers, memorial funds are being established for St. Vincent DePaul and the Salvation Army, both of which Terry volunteered at over the years.

For more information, to share a memory, or leave a condolence, please visit www.wichmannfargo.com