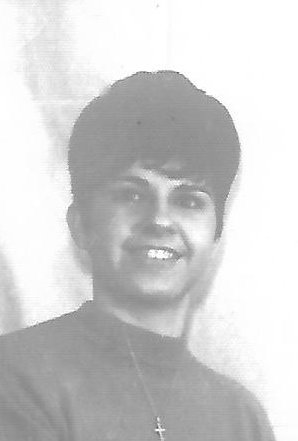 Terry Ann (Sieminski) Cavins, of Appleton, age 71, born April 2, 1947, to Stanley Joseph Sieminski and Agnes Lucille (Cox) Sieminski in Maplehurst, WI. She was the youngest of 12 children. Mom was called home to God on Friday, August 10, 2018, after an incident related to a medication interaction that stopped her heart and left her without oxygen for too long before EMT’s resuscitated her on July 16, 2018.

When she was about two years old, her father passed away, she became part of the WI Foster System. She was raised with her brother Patrick and sister Joan by Walter and Pauline Climer in Phlox, WI. In her later years, some of her older siblings reunited with her. In 1966, she graduated from Antigo High School, 1967 she graduated from Green Bay School of Cosmetology. She later worked for Elmer’s Beauty Salon in Appleton, WI. Wanting better pay, she was the first woman to work at the Foremost Farms Plant on Johns St. in Appleton, WI, from 1978 to 2003. She was united in marriage to Terrance Richard Cavins, June 8, 1968 and divorced in 1993. 1970, Together they had one child, Shelly Anne Cavins-Sauer. In July of 2007, her daughter and son-in-law added onto the Cavins’ family home in Appleton, so mom could have the front half of the house and not worry about trying to keep everything up on her own. In her younger years, she enjoyed going to the casino to play “ching, ching”, gardening, going on trips with her family, visiting family, and her grandchildren. She would often say, “What happens at Grandma’s stays at Grandma’s.”

Mom, you know longer have to be a warrior. No more doctor appointments, no more needle pokes, no more blood draws, and no more medications. You can be at peace. Embrace those who went before you. I’d like to think Ruthie Krueger will meet you on the other side and you can play tag in heaven like the both of you did when we were kids. Until we meet again. I love you mom.

Grandma,Home won’t be the same without you. Love, Terrick.

I’m glad you were my grandma and I’m glad I got to spend time with you. Love, Autumn.

Our family would like to thank the EMT’s/First Responders and staff at Thedacare Regional Center Appleton ER, ICU, hospital’s seventh floor, and Cherry Meadows Hospice team. Also a big thank you to our family, wonderful neighbors, Shelly’s work staff at Appleton Y Women’s Fitness Center for sending meals and everyone who has offered us support during this difficult time. Also, after this experiencing, talk to your loved ones about end of life wishes and Power of Attorney, so your family doesn’t have to try and figure this out when you can no longer express your wishes.