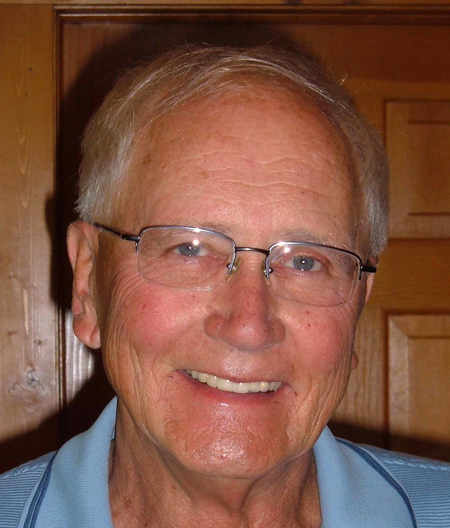 Terrence Shwonek, age 73, of Hortonville, passed away on Sunday, November 27, 2011 at St. Elizabeth Hospital. He was born on August 12, 1938 in Princeton, the son of the late Arnold and Verna (Grahn) Shwonek. Terry graduated from Wisconsin State College in Oshkosh with a Masters degree in Music Education. He served in the National Guard. In December of 1960, he married Judith Buettner; they divorced in 1983. Terrence taught music in Wausaukee, Wautoma and Menasha. The last several years of his career he spent teaching “at risk” students. He owned and operated Terry's Charter Fishing Service on Lake Michigan in Two Rivers. Terry enjoyed many outdoor activities, especially golfing and fishing. He also liked to travel and made new friends wherever he went. Terry was very proud of the Wisconsin log home he built and cared for.

Terrence was preceded in death by his brother, James Shwonek and brothers-in-law, Duane Miller and Harlan Hallman.

A memorial service will be held at a future date. Inurnment will take place at Memory Hill Cemetery in Princeton. A memorial fund in Terry's name is being established and gifts can be made in his name to the American Heart Association.