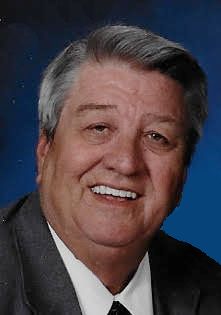 Terrance L. Girts Sr, 77 years, born February 14, 1940 to parents William LeRoy and Velma LaRue (Hone) Girts in Vandergrift, PA, went to be with his Lord on August 28, 2017. On March 21, 1970 Terrance L. married E. “Joyce” Holm. For 4 years Terry proudly served his country in the US Army. Terry the Pirate, (his CB handle), was an independent owner/operator trucker. He also worked with North American Van Lines, where he was twice recognized as Driver of the Year. Some of his most notable runs were for United Van Lines as part of a three man team hauling STAR WARS components from MIT to White Sands, NASA’s Challenger program and JPL global positioning array.

Terrance was a believer in the Lord Jesus Christ. He was dedicated to helping those who were seeking guidance. His volunteer work included Asst. Chaplain in Kenosha, Wisconsin at a homeless shelter and Kenosha Memorial Hospital. Later in Patterson, Missouri, he was a Bible youth counselor at ABM Ministries. He was greatly blessed by his truck stop ministry at West Wisconsin Travel Plaza in Appleton, Wisconsin. This was in conjunction with Victory Baptist Church, reaching out to truck drivers, often military veterans. He also did volunteer work with the Assurance Women’s Center in Appleton, Wisconsin.

Terrance was a historian who studied the Civil War era, WWI and WWII. He enjoyed spending time with fellow veterans as well as his church men’s group. He was a good cook, known for his sausage, gravy and biscuits, and loved preparing meals for his family and friends.

Terrance Sr was preceded in death by his son Terry Girts Jr, daughter Velma Girts and his parents William and Velma Girts.