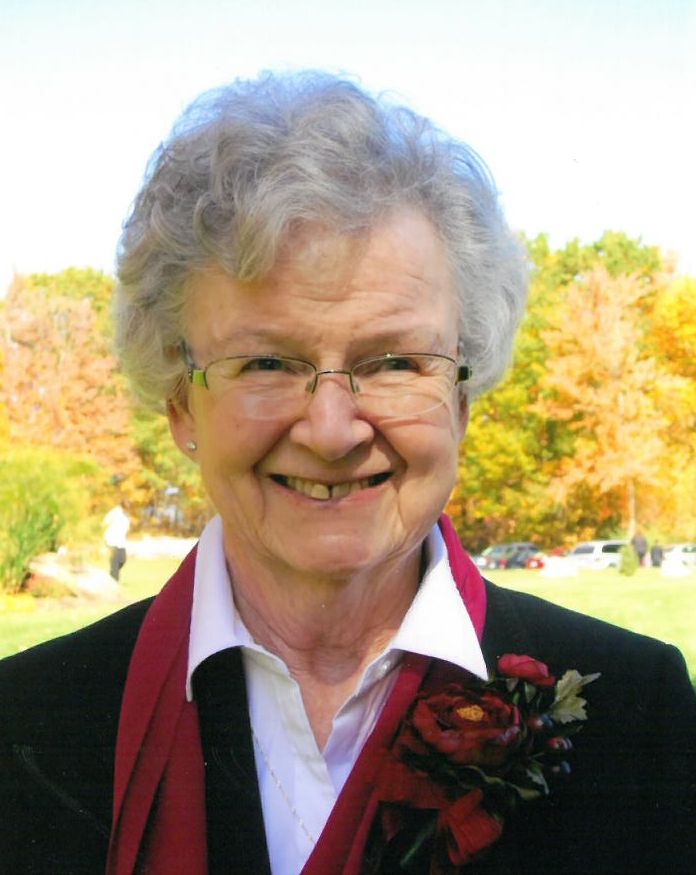 Teresa Catherine Kemps, age 91, passed away on January 16, 2018 at Brewster Village, Appleton, Wisconsin, surrounded by her family. Teresa was born on January 9, 1927 in Freedom, Wisconsin, to John and Ella (McCabe) Geenen. She was married to Ernest John Kemps on September 10, 1949. They had five children and resided together in Kimberly, Wisconsin until his death on April 4, 1974.

After Ernie’s death, Teresa began a long career at St. Elizabeth’s Hospital. She retired from St. Elizabeth’s in 2007. In retirement Teresa served as a bailiff in the Outagamie County Court system and as a volunteer at St. Elizabeth’s. Teresa was an active member of Holy Spirit Catholic Church in Kimberly and was deeply involved in the Cursillo as an organizer and mentor and frequently gave testimonials to those attending.

Teresa is survived by two brothers and a sister-in-law, Robert Geenen and Donald (Carol) Geenen.

She is also survived by her husband’s family, Lucille Kempen, Irene (Harvey) Van Deraa, Gerald Vanderloop, Marlene Green, and Judy (Don) Shaw. She is survived by many nieces and nephews.

She was also preceded in death by members of her husband’s family, Marvin Kempen, Laverne VanderLoop and Charles Green.

The family would like to express their gratitude to the staffs at Touchmark and Brewster Village for their loving care in Teresa’s final years. In lieu of flowers, memorials received will be donated to Compassion International in Teresa’s name.