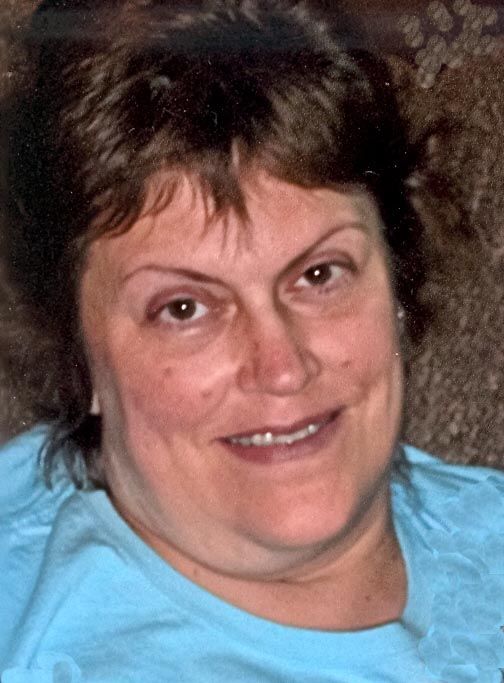 Teresa A. Smits, age 52, of Freedom, passed away on February 24, 2013, at her home, surrounded by her family. She was born on November 24, 1960, in Green Bay, the daughter of the late Merle and Rosemary (Berglin) Geyer. On March 22, 1986, Terry married Michael Smits at St. Joseph Catholic Church in Green Bay. She was employed at McCain Foods, for fourteen years until her health forced her to retire. Terry enjoyed the time at the family cottage on Lake La Fave. She was an avid reader, Sudoku puzzle solver, loved to travel–especially to the sunny vacation spots during the winter, and was a loyal and avid Packer fan. Most of all, she loved spending time with her family, especially her grandson, Brayden.
Terry is survived by her husband: Mike Smits, Freedom; daughter: Jessica Smits, Freedom; son: Sam Smits, Little Chute; grandson: Brayden Smits; her siblings: Roseanne (Dave) Brehmer, Oconto Falls; Peggy (Dave) Bettis, Sobieski; Merle Jr. (Jackie) Geyer, Appleton; Jeff (Sandy) Geyer, De Pere; and Lynn (Andy) Reed, Oconto Falls; father and mother-in-law: John and Marlene Smits, Green Bay; sisters-in-law: Laurie (Jeff) Delvaux, Altoona, Iowa and Ellen Thuerwachter, Green Bay. She is further survived by nieces, nephews, other relatives and friends. Terry was preceded in death by her brother-in-law, Matthew Smits.
The Funeral Liturgy will be at 12:30 p.m. on Saturday, March 2, 2013, at ST. NICHOLAS CATHOLIC CHURCH, Freedom, with Fr. Dan Felton officiating. Inurnment will take place at the parish cemetery. The family will receive relatives and friends directly at the church from 11:30 a.m. until the time of services. In lieu of flowers, a memorial fund has been established in Terry's name. The family would like to extend a sincere thank you to the staff at ThedaCare at Home Hospice, especially Mary, for their loving care. Online condolences can be offered at www.wichmannfargo.com.