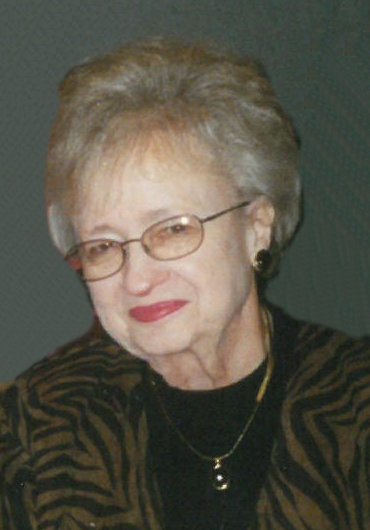 Susan Ann Curry, 84, passed away on July 22, 2017, at St Paul Home in Kaukauna, Wisconsin. Sue was born on April 22, 1933, in Fond du Lac, Wisconsin, to the late Leon and Alvina (Hoeppner) Reible. On July 10, 1955, she married Irving G. Curry, III. They celebrated 52 years of marriage before Irv’s death in 2008. Irv and Sue grew up together in Horicon, Wisconsin, knowing each other since the second grade. They were a couple virtually from the moment they met.

Irv and Sue graduated from Horicon High School (Go, Marshmen) in 1951. Sue was the class valedictorian. Depending on who told the story, Sue bested Irv, the salutatorian, by a large (or narrow) margin. Sue played French horn in the band and attended Badger Girls State. She lettered in Cheerleading, doing her best to cheer on a football team that did not win a game in four years.

Sue graduated from Oshkosh Teachers School (now University of Wisconsin – Oshkosh) in 1955. Her teaching career began in Ypsilanti, Michigan, while Irv attended law school. She taught for several years and loved the fourth grade. As she stayed home with her children, she continued to be a substitute teacher. Sue loved helping children develop their own passion for education.

While Irv served in the Air Force, the family lived in Wichita Falls, Texas, from 1958-1961. Sue and Irv moved to Kaukauna in 1961. They lived on Main Avenue for over 40 years. Sue volunteered for many organizations, including Meals on Wheels and The Grace Circle of Kings Daughters. Her church, Peace United Methodist, was her passion. She served in virtually every capacity, including leading volunteer kitchen operations for many years. Sue made sure that those who came to church to celebrate or to mourn left well nourished and cared for.

Sue has so many good friends, far too many to mention, but each was so appreciated. The family would like to make special mention of the Wydevens, who really were her family. Whether they were going to Badger games, spending Friday nights playing cards or having dinner, or dyeing dozens of Easter eggs, the families always had fun. The Wydeven children were as much Irv and Sue’s children and grandchildren as their own.
Most of all, Sue was mom to Gregg and Ann, and grandmother to Mike, Tom, Steve, Emma, and Katie. Sue was always there to cheer for grandchildren’s teams, listen to their performances, and encourage their every effort. She was a very proud mother and grandmother. Sue was a great cook and had more casserole recipes than most people ever knew existed. She collected cookbooks and cooking magazines, loving to try new dishes. Still, Tuesdays were reserved for Dick’s Drive-In when Irv was at Kiwanis.

Sue is survived by her children and their spouses: Gregg and Mary Clare (Walsh) of Sherwood and Ann and Dave Harris of Kaukauna; her grandchildren: Michael (Cassie) Curry of Appleton; Thomas (Sarah) Curry of Madison; Steven (Hailey) Curry of Minneapolis; Emma Harris of Kaukauna; and Katie Harris of Kaukauna. She is further survived by her sister and brother-in-law, Marilyn (“Queenie”) and Lynn (“Buck”) Spittel of Horicon; a sister-in-law, Muriel (Clapp) Curry of Madison; and many nephews and nieces. Sue was preceded in death by her husband, her parents, her father and mother-in-law (Irving G. and Emma Curry II), Irv’s brothers and sister-in-law, Bob Curry and Bud and Magee Curry.

Funeral Services will be held at PEACE UNITED METHODIST CHURCH, 2300 Wisconsin Avenue, Kaukauna, on Wednesday, July 26, 2017, at 11:00 AM. The service will be preceded by visitation at the church from 9:00 to 11:00 AM. A memorial fund is being established for Sue’s charitable interests.

Sue spent the last nearly 4 years of her life at St. Paul Elder Services. Reluctant, to say the least, at first, she became a much-loved resident, continuing her life with many new friends. She made connections with staff and residents of St. Paul Home, and St. Paul Home staff were loving and respectful in their wonderful care of her. Thank you is not sufficient but offered sincerely