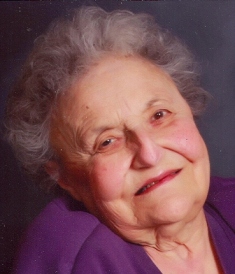 Sue Ehricke passed away at Heartwood Homes in Appleton on Wednesday, February 18, 2009 at the age of 80. Sue was born in Wausau on December 6, 1928, daughter of the late Louis and Molly (Helke) Pregont. Her mother died when Sue was only two years old, so she was raised by her father and her step-mother, Hattie. Sue was married to Merton P. Ehricke who preceded her in death in 1987. Over the years she worked at Schlaefer's in downtown Appleton, R. Sabee Company, and Rich's Bakery.

The funeral service for Sue will be held at 2:00 PM on Sunday, February 22, 2009 at the Wichmann Funeral Home in Appleton with Chaplain Mike Williams officiating. Sue will be entombed in Highland Memorial Park, next to her husband Merton. Friends may call at the funeral home on Sunday afternoon from 12:00 Noon until the time of the service.

The family would like to extend their thanks to everyone at Heartwood Homes for their wonderful care during Sue's stay. We will never forget your kindness.