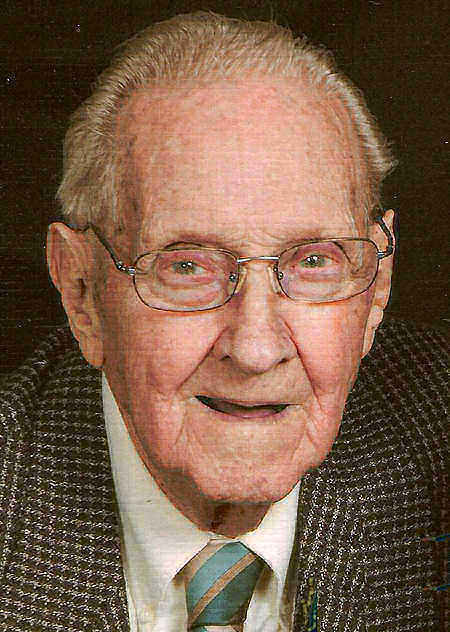 Stuart Francis Belhumeur, age 90, of Appleton, passed away on Thursday, November 18, 2010 at Appleton Medical Center. He was born on February 5th 1920 in Niagara, Wisconsin, the son of the late George and Louise Belhumeur. The family moved to Iron Mountain, Michigan where Stuart graduated from Iron Mountain High School and then went on to Michigan Technological University's Flight Program. He left to join the Army Air Force, serving as a flight instructor during World War II. He obtained a flight instrument and seaplane rating and pursued his love of flying whenever possible.

In 1952, Stuart married Norma Andreoli and they lived in Big Stone Gap, Virginia and Neenah, Wisconsin before moving back to Iron Mountain where he was the Assistant Superintendant of Maintenance at M.C. Hanna Mining Company. During that time he served as the Vice President of the Upper Peninsula Planning and Development Committee, member of the Lion's Club and the director of the Chamber of Commerce. He and Norma moved to Appleton in 2001 and made many new friends while enjoying activities at The Heritage where they resided. The joy of his life was his role as a grandfather, or “Buppa” as his family so lovingly called him. He was always a cheerleader and supporter for his three granddaughters and was present at every milestone as well as numerous sporting events and family trips, teaching kids to fly fish, play cribbage and search for buried treasure with his metal detector.

Survivors include his wife, Norma; a daughter, Michele (Rob) Asp, Appleton; a son, Kevin Belhumeur, Belmont, Michigan; grandchildren, Maureen Asp Porter (Zack), Julia and Lauren Asp and several nieces and nephews. He was preceded by his parents, a sister, Gail Belhumeur, and his brothers William Belhumeur and George (Mary) Belhumeur.

The memorial service for Stuart will be at 11:00 a.m. on Tuesday, November 23, 2010 at ST. MARY CATHOLIC CHURCH, 312 S. State Street, Appleton, with Fr. David Funk officiating. Friends may call directly at the church on Tuesday from 10:00 a.m. until the time of the service. Inurnment will take place at St. Mary Cemetery, Appleton. In lieu of flowers, the family would appreciate memorial contributions be made to the American Cancer Society or St. Mary Catholic Church, Appleton.