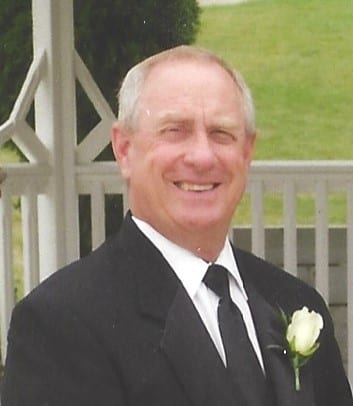 Stewart M. Hibl, 75, of Appleton, passed away unexpectedly but peacefully during a golf game on July 1, 2020. Stewart loved golfing, and we find comfort in knowing he passed away doing something he enjoyed so much.

Stewart was born on May 15, 1945 in Milwaukee, WI to Fredrick and Eleanore (Eichmann) Hibl. He graduated from Custer High School in 1964. Shortly thereafter, he enlisted in the US Army. During the time he served his country, Stewart was stationed stateside in Hawaii and overseas in Germany and Korea. Following his honorable discharge from the Army, he worked for Milwaukee County in the Information Management Services Division as a System Programmer for 30 years, retiring in 2000. Stewart was previously married to Janis Tippelt, with whom he had three sons.

Stewart was preceded in death by his parents and a brother, Edward Hibl.

Public visitation will be held Friday July 10, 2020 at Wichmann Funeral Home, 537 N Superior Street, Appleton from 1-3 PM, with a sharing of memories and ceremony of military honors to follow. Please note that social distancing will apply and the number of guests will be regulated. The family requests that guests wear masks during the visitation.

In lieu of flowers, a memorial fund has been established in Stewart’s name.