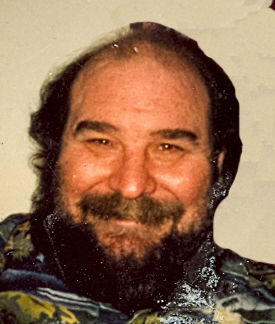 Steve Erdmann, age 60, died late Wednesday night, April 10, 2013 as a result of an auto accident. Steve was born in Oak Park, Illinois on March 16, 1953, son of the late Glenn and Lorraine (Verheecke) Erdmann and attended schools in Illinois. He married the former Cathy Joosten; Cathy preceded him in death in 1992. Steve was currently employed as a color specialist at Neenah Paper. He loved traveling to the family cottage near Elcho, reading, collecting movies, and books, and especially enjoyed time with his grandchildren.

He is survived by his four children: Jesse Josephs (Chris Sell) of Kaukauna; Dan Erdmann (Kim Geiger) of Menasha; Angie (Jeremy) Byrne of Illinois; and Kari Ann Erdmann (Sherman Kapp) of Kaukauna; seven grandchildren: Julia and Daniel Erdmann; Colin and Emily Byrne; Logan Erdmann; and Gina and Gage Kapp. There are also four brothers: Gregory Erdmann, Kenneth (Karen) Erdmann, Mark (Rita) Erdmann, and David (Dianne) Erdmann. Steve is also survived by many nieces, nephews, other relatives, and many friends. He was preceded in death by his parents and his wife, Cathy.

A gathering to celebrate Steve's life will be held at the Fargo Funeral Home in Kaukauna on Monday, April 15, 2013 from 4:00 pm until 7:00 PM. Everyone is invited to attend, share your stories, and to remember Steve. Online condolences may be offered at www.wichmannfuneralhomes.com.