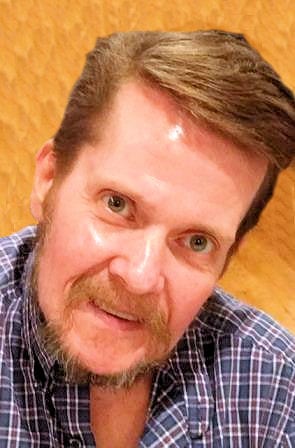 Steve R. Wells, age 60, of Appleton, passed away on Wednesday, October 28th. He was born on December 14, 1959 in Appleton, WI, son of Richard C. and Joyce J. Wells.
Steve lived all of his life in the Fox Valley. He worked as an eye care technician at Eye Mart Express. He enjoyed science fiction and was a big Steven King fan. He also enjoyed many forms of music and could always be found reading the newspaper from cover to cover every morning after breakfast.
Steve is survived by his daughters, Jessica Wells and Summer Wells, both of Appleton; 3 grandchildren, Josephine Tullberg, Lilyana VanZeeland and Logan Fitzhugh; mother, Joyce Wells of Kaukauna; brothers, Mike (Sybil) Wells of Marengo, IL and Patrick (Robin) Wells of Kaukauna; numerous dear family and friends
He was preceded in death by his father, Richard C. Wells; grandparents, Ralph and Margaret Beford, Conway Wells and Dorothy Walters; granddaughter, Penelope Wells.
Due to the current circumstances, a private family service will be held for Steve. Inurnment of his cremated remains will take place at Appleton Highland Memorial Park at a later date.
Please leave condolences or  a special memory with Steve’s family below.