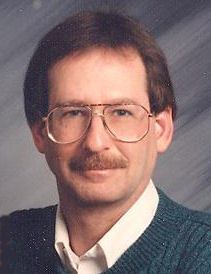 Steve Kuchenbecker, age 66, passed away peacefully at his home early on Monday morning, December 14, 2015. Steve was born in Neenah on February 23, 1949, the son of Morris and Jean (Graebel) Kuchenbecker who reside in Neenah. He was a graduate of the Neenah High School, and served in the United States Army for a time. For the past thirty-four years, he had worked as a blast man for Stowe Woodward in Neenah.

“Woody”, as he was known to his friends was an avid outdoorsman who enjoyed hunting, fishing, camping, and just being outside. He treasured his time with Donna at Rolling Stone Lake, where his reputation for catching pan fish was tremendous. He also loved ice fishing and hunting with his brothers and dad over the years. He had a boundless knowledge of sports facts, especially when it came to the Packers, Badgers, Brewers and Bucks. More than anything, Steve adored Donna. They loved being together and being able to pick up at a moment's notice to attend a sporting event or local festival.

He is survived by his wife: Donna of Appleton; his parents: Morris and Jean of Neenah; three brothers: Dennis of Chippewa Falls, Rod (Nancy) of Neenah, and Tim of Kent, Washington. There are also many nieces, nephews, and Donna's eight brothers and sisters. He was preceded in death by his grandparents, several aunts and uncles, a sister Julie Sweet, a brother-in-law, a sister-in-law, and by Donna's parents.

A memorial service for Steve will be at 1:00 PM on Saturday, December 19, 2015 at the WICHMANN FUNERAL HOME, Tri County Chapel, 1592 Oneida Street in Appleton, with Rev. Paul Holte of St. Paul Lutheran Church in Neenah officiating. Donna will receive family and friends at the funeral home on Saturday from 11:00 AM until the time of the service.
For more information or to share a memory of Steve, please visit www.wichmannfargo.com.