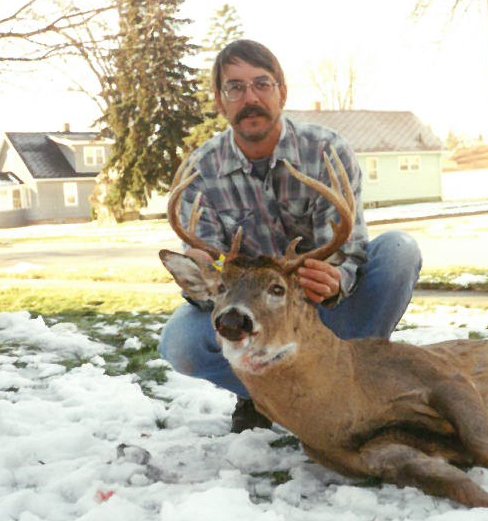 Steven M. “Steve” Hildeman, 65, Village of Fox Crossing, passed away on October 24, 2017 at his home with his family by his side. He had fought a courageous battle with cancer. Steve was born on March 18, 1952 in Clintonville to Don Hildeman and Clare (Hopkins) Hildeman. He attended Menasha High School. On April 28, 1973 he married the former Renee Ragen at St. Joseph Catholic Church and they enjoyed over 44 years together. Early in his career, Steve was employed with VanEperen Painting and most recently he worked at St. Elizabeth Hospital until his retirement. Steve was a grateful member of A.A. with over 30 years of sobriety. He loved to travel with his wife Renee, and was a very proud father and grandfather. He loved spending time with his grandchildren and could always be counted on to proudly share the pictures he often took. He enjoyed hunting, fishing and playing golf. He was also an avid Packers fan and cribbage player.

He was preceded in death by his mother and step-dad, Clare and Jim St. Louis as well as his step-brother, Dave St. Louis.

Visitation for Steven will be on Friday, October 27, 2017 from 4:00 PM to 7:00 PM at Wichmann Funeral Home, 537 N. Superior Street in Appleton and on Saturday, October 28, 2017 from 10:00 AM to 11:00 AM at Christ the King Lutheran Church, 601 S Washington Street in Combined Locks. Funeral services for Steven will be on Saturday at the church at 11:00 AM. Interment will be at Highland Memorial Park in Appleton at a later date.

The family would like to thank the staff and nurses of ThedaCare at Home Hospice as well as Dr. Stanelle for the loving care given to Steve during his illness.