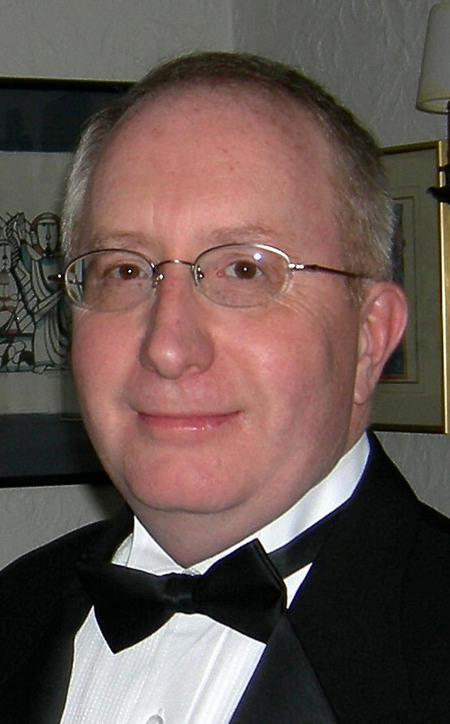 Age 54, passed away after a valiant struggle with metastasized cancer on Sunday, February 7, 2010, his family at his side. He was born on July 25, 1955, the son of the late John D. and Helen (Hughes) Hankey. Steve attended U.W.-Milwaukee, Cleveland State University, and Ohio State University, earning a degree in Allied Medicine in 1981. That same year he married Patricia Brehm, and they had two children, Matthew and Erin. He worked as a respiratory therapist in Columbus, OH until 1989, when he and his family moved to Appleton. He was a member of his father's business, John D. Hankey and Associates, for a number of years, and most recently worked at Pitney Bowes until the onset of his illness in November 2009.

Steve deeply appreciated the arts. He cherished singing in various Fox Valley choral groups, playing the piano, and listening to symphonic music. He was gifted in drawing and watercolor painting, and also interested in the history of American architecture and civic planning. Steve took much satisfaction in nature's beauty, and liked to watch thunderstorms with his daughter. He often took drives in the Wisconsin countryside and enjoyed introducing friends and family to his favorite scenic landscapes. Steve followed the Green Bay Packers and UW Badgers athletics with great interest and played sports with his son; golf and tennis were their favorites.

The memorial service will be at 11 a.m. on Saturday, February 13, at Fox Valley Unitarian Universalist Fellowship, 2600 E. Philip Ln., Appleton, with the Reverend Roger Bertschausen officiating. Friends will be received at the Fellowship from 10 a.m. until the time of the service. Burial will be in Appleton Highland Memorial Park immediately following.

The family extends a special thank you to Theda Care at Home Hospice, especially case nurse Mary O'Brien and the CNA nurses for their compassionate and excellent care.

In lieu of flowers, gifts may be sent in the name of Steven J. Hankey to The
Community Hospice Foundation, P.O. Box 1534, Appleton, WI 54912. Memorial
gifts may also be made in Steve's name to the Gladys Ives Brainard
Scholarship fund for piano students at Lawrence University. Please send your
gifts to Lawrence University, Office of Development, 711 E. Boldt Way,
Appleton, WI 54911.