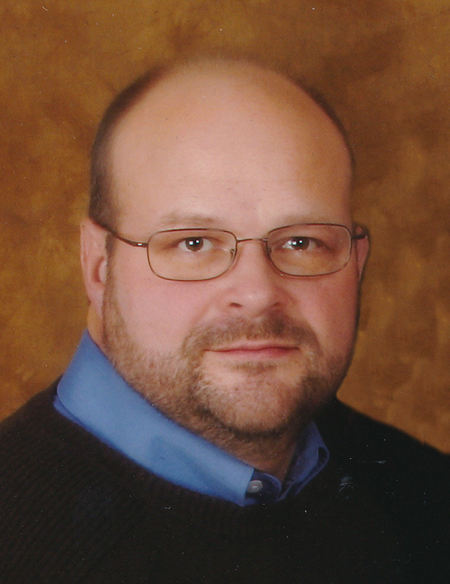 Steven Haunschild, age 45, of Hortonville, WI passed away Tuesday, January 17, 2012. Steven was born on January 24, 1966 in Wausau, WI, the son of Gerald and Arlene (Anderson) Haunschild. Steve graduated from Neenah High School in 1984 and received his Bachelor of Science degree from UW – Oshkosh in 1991. On July 23, 1994, Steve married DeLyla Hoffman in Wausau, WI. He was blessed with two children whom he loved very much, Forrest, born 1996, and Vienna, born 1998, and was accompanied by his trusting side kick, Lola.

Steve enjoyed a successful career in Human Resource Management working his way up through several companies including Tecumseh, Bemis, Pitney Bowes, and F&W Publications. Steve loved the outdoors and his family, especially hunting, fishing and hiking. He shared many of these adventures with his two children, a favored Aunt and Uncle of DeLyla's (Kenny and Dorothy) and his childhood friends, Mike, Jeff and Paul. An Eagle Scout, Steve was active in scouting for 20 years as both a Scout Master and a member of Friends of Scouting. It was a highlight in his scouting to attend, with Forrest, the Philmont Scout Ranch in New Mexico in 2010. Steve was also an active member of the community through Boy Scouts and the church, (Shepherd of the Hills Lutheran Church in Greenville, WI.) He was a giving and generous person with his time and talents, which included cooking and storytelling. He volunteered often, helping many in need, including neighbors and new comers and had a strong work ethic which allowed him to accomplish nearly everything he put his mind to.

Steve was preceded in death by his mother, Arlene Haunschild; and grandparents.

The funeral service will be held at 11:00 am on Monday, January 23, 2012 at SHEPHERD OF THE HILLS LUTHERAN CHURCH, N1615 Meadowview Drive, Greenville, WI. There will be a visitiation at the church on Sunday from 4:00 until 8:00 pm and again on Monday from 9:00 am until the time of service. In lieu of flowers, memorials to the children's educational fund are appreciated.