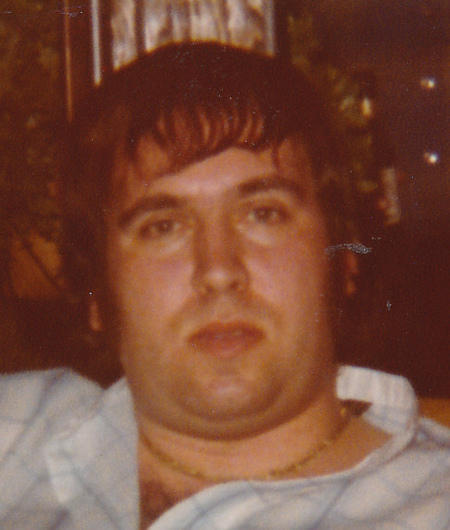 Steve Calmes, age 64, of Fond du Lac, passed away at his mother's home on Sunday, October 2, 2011. Steve was born on May 8, 1947, in Appleton, to Lois (Berzill) Calmes and the late Spencer T. Calmes. He proudly served his county in the United State Army during the War in Vietnam. Steve was a dedicated and avid Milwaukee Brewers fan, a Packer fan, and was a loyal fan of the Vic Ferrari Band. He was employed at Knaus Cheese in Fond du Lac. Survivors include his mother, Lois Calmes; his aunt, Cleo N. Smith, Appleton; his cousins, Kim (Rick) Dennis, Randy (Chris) Calder, Scott (Theresa) Hawley, Bonnie (Larry) Tennie, Guy (Cheryl) Kluge and Rick Kluge. He was preceded in death by his aunt, Betty Kluge and his cousins, Barb Kloehn and Terry Calder. Memorial services will be at 5:00 p.m. on Friday, October 7, 2011, at WICHMANN FUNERAL HOME, Appleton. Friends may call at the funeral home on Friday from 4:00 p.m. until the time of services. In lieu of flowers, a memorial has been established in his name.
Wichmann Funeral Home
537 N. Superior Street
Appleton 920-739-1231
Online Condolences
www.wichmannfargo.com

Steve will be dearly missed by all his family and Fondy friends.