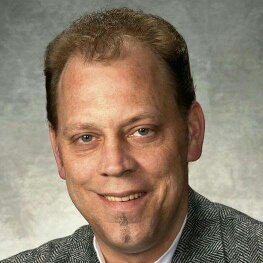 Steven J. Bednarowski, age 52, passed away unexpectedly and prematurely on Saturday, April 25, 2015. He was born on October 24, 1962 to James Bednarowski and Shirley Dietzen, and he resided in Appleton. Steve enjoyed watching birds, gardening, fishing, camping, and photography. He was known in the family as being a great cook and could make almost anything. Steve had a great sense of humor and enjoyed making everyone around him laugh. He enjoyed traveling, especially to the Caribbean and greatly treasured the time he was able to spend there. He was an avid coin and money collector. He was also very proud of his Chevy truck and was very handy with anything you could think of.

Steve loved his family dearly, and they were the most important thing to him in the world. He shared many memories with them, especially with fireworks on the 4th of July. Steve was always a generous man who enjoyed giving. He was greatly admired by his children and loved dearly

The celebration of Steve's life will be held at 3:00 p.m. on Saturday, May 2, 2015 at the WICHMANN FUNERAL HOME, 537 N. Superior Street, Appleton. A time of visitation will be held at the funeral home from 1:00 p.m. until the time of the service. In lieu of flowers, a memorial fund will be established. Online condolences may be offered at www.wichmannfargo.com.