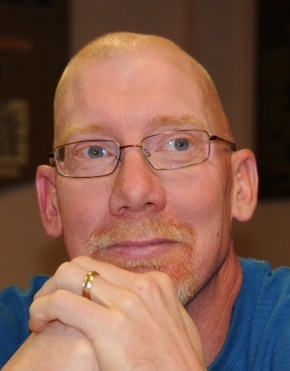 Steve Klunder, age 45, of Appleton, passed away peacefully with his family at his side on Thursday, November 19, 2015 at Cherry Meadows in Appleton. He was born on September 10, 1970 in Brainerd, Minnesota, to Roger and Sharon (Dewey) Klunder. On April 4, 1998 he married Kristen Van De Loo in Oshkosh. Steve graduated from Janesville Iowa High School in 1988. He played baseball at Ellsworth Community College in Iowa Falls where he received an Associate Degree in Special Education, and then he attended Winona State University. Steve was employed at ProBuild in De Pere until his health declined in 2012. He looked forward to his time with the college crew, whether it be fantasy football or golfing. His family meant the world to him and they cherished the adventures they had together.

The funeral service for Steve will be held at 2:00 pm on Saturday, November 21, 2015 at Our Saviour's Lutheran Church, 3009 N. Meade Street, Appleton. Rev. Dee Sim will be officiating. Interment will take place at Riverside Cemetery in Appleton. The family will receive relative and friends on Saturday from 11:00 am until the time of service. In lieu of flowers, memorials are appreciated for Steve's daughter's educational fund. Online condolences can be offered at www.wichmannfargo.com.