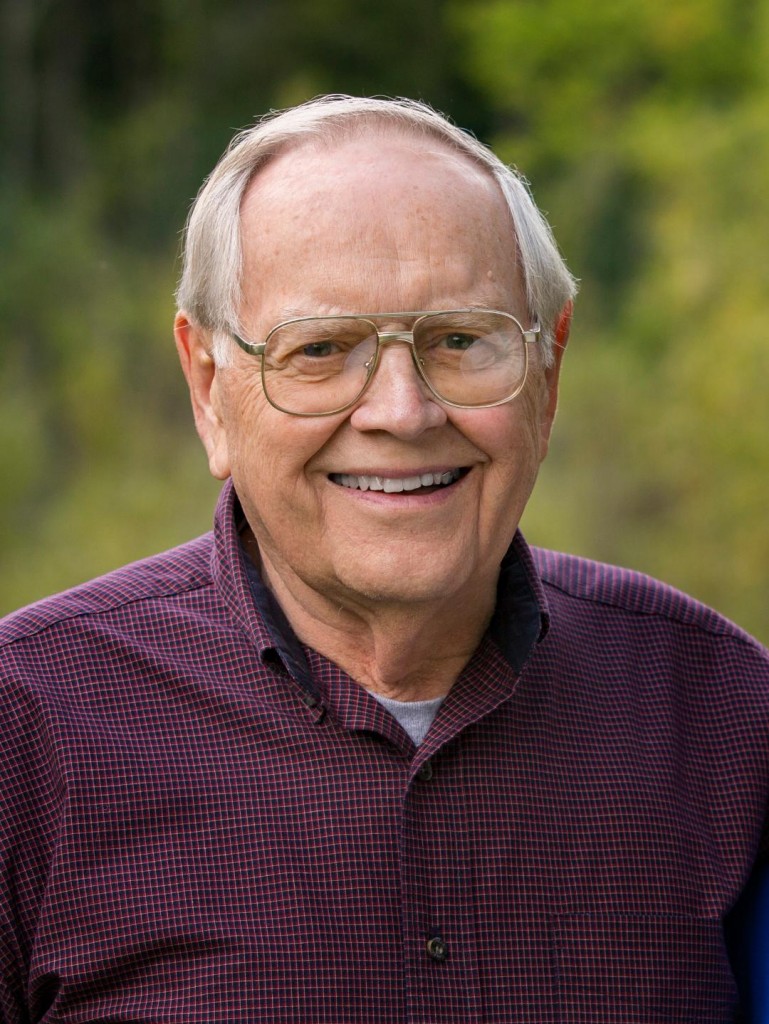 Stephen Daniel Talbot, age 86, passed away peacefully on Saturday, February 2, 2019, at Aspire Assisted Living. Steve was born on August 6, 1932 in Seymour, WI, son of Roy and Margaret (Konz) Talbot. He worked at the Co-op filling station throughout high school, graduating from Appleton West in 1950. Steve then started working at Kimberly Clark as a traffic manager. His career was put on hold while he served in the United States Army. Steve met his future wife, Bette Lynch, when he was 17 years old when she asked him to dance during a lady’s choice. It only took him four dances to know she was the one. They were married on October 24, 1953 at St. Therese Catholic Church. Once Steve returned from the Army, he continued his work at Kimberly Clark retiring in 1989.

God blessed Steve with many talents. He learned to play the ukulele as a young man and enjoyed singing and playing for his family. Steve was an amazing wood worker; carving special graduation gifts for each of his grandchildren. He also enjoyed playing golf as well as hunting and fishing. He had a great sense of humor and will always be remembered for being an amazingly kind man. Above all, Steve cherished the time he spent with his friends and family; especially his loving dog Willy.

The funeral service for Steve will be held at 1:00 p.m. on Friday, February 8, 2019, at the WICHMANN FUNERAL HOME DOWNTOWN, 537 N. Superior St., Appleton, with Father Jim Leary O.F.M. Cap. officiating. A time of visitation will take place from 11:00 a.m. until the time of service. Online condolences may be expressed at www.wichmannfargo.com. In lieu of flowers, a memorial will be established in Steve’s name.

Steve's family would like to express their sincere thanks and appreciation to Dr. Kamal Abbi – St. Elizabeth Hospital Radiation Oncology and staff, Dr. Olumuyiwa Adeboye – Palliative Care Medical Director, St.Paul's Elder Services Kaukauna-Hospice and staff, and Aspire Assisted Living and staff. The care and compassion shown to Steve and his family by his providers and their caring staff members will never be forgotten.