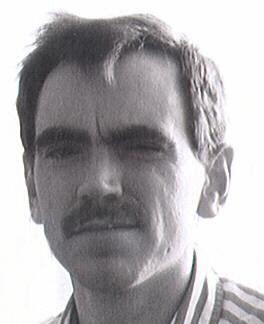 Stephen Russell Nissen (Steve), 47, was born December 16, 1960 at Deaconess Hospital in Cleveland, Ohio. He came home from the hospital to live with his family on Christmas day in 1960. Steve died on this Christmas day, 2007, while at Cherry Meadows Hospice Facility and returned home to be with his Lord and Savior, Jesus Christ. Steve fought a long and courageous battle with a glioblastoma multiforme brain tumor, the most deadly and aggressive brain cancer. It was a battle he could not win in spite of immense efforts.

Steve was the youngest of three sons born to Ken and Peggy Nissen of Appleton, Wisconsin, Green Valley, Arizona and previously Brevard, North Carolina. Steve was born again into God‚Äôs family by believing and faith in Jesus Christ. He has God‚Äôs assurance of the gift of eternal life and will ‚Äúdwell in the house of the Lord forever‚Äù as found in Psalm 23, one of Steve‚Äôs favorite scriptures. Steve attended school in Brevard, North Carolina and Appleton. He played the trumpet in the school band as well as the piano. He was also a chess champion and winner of the district Pinewood Derby as a Cub Scout.

Steve graduated from Appleton East High School in 1979 and went on to attend the University of Wisconsin- Oshkosh, graduating in 1984 with a degree in Chemistry and achieving highest honors. Steve moved to California in 1986 and pursued a career in chemistry. Most recently he was a chemist for Ohmega Technologies at Culver City, California. He was a member of the American Chemical Society.

Steve loved animals and grew up always having a dog and sometimes a cat as well. He was an expert skier and an accomplished table tennis player. He stayed fit by working out daily at Bally‚Äôs. He enjoyed collecting stamps, coins, great books and music. As a good swimmer, he enjoyed the water and going to the beach. He had hoped to buy a condo on the water, travel to Hawaii and Europe which were all on his ‚Äúto do‚Äù list, but never realized.

Steve leaves behind, in addition to his mother and father, brothers: Craig (Kathy) Nissen and their children, Max and Sydney, of Appleton, Wisconsin and Jeff Nissen of Indianapolis, Indiana.

During his long struggle with brain cancer, Steve and his family are so very grateful for the love, compassion, support and care given by so many at Brotman Medical Center in Culver City, California, Colony Oaks Care Center in Appleton, Wisconsin and Cherry Meadows Hospice in Appleton, Wisconsin. We are also very appreciative for the thoughts, cards and especially the prayers of so many friends and family members. All of you are very special and to each of you we will be forever grateful. Steve was a special gift from God. We will all miss him.

In lieu of flowers, a memorial fund has been established by the family in Steve‚Äôs name.