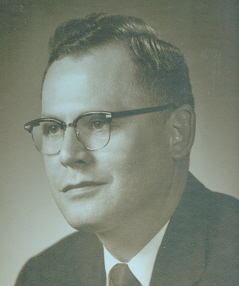 Stephen J. Baisch, age 93, had a good run, and finished his race on Thursday evening, October 13, 2011. Steve was born in Ironwood, Michigan on October 29, 1917, son of the late Michael and Mary (Relich) Baisch. He spent the years of his youth in Antigo, and attended the University of Wisconsin – Madison where he received his degree in Mechanical Engineering. It was during those years that he also met his future wife, Edith Moore in Green Bay. The couple married on June 9, 1942. Also during his college years, he enrolled in the ROTC, and eventually served in the United States Army under General George Patton. There he lead an ordnance platoon and left his country's service with the rank of Major.

Steve worked as an engineer for Thilmany Pulp and Paper in Kaukauna for several years, and eventually struck out on his own and built a very successful engineering company, S.J. Baisch & Associates. Steve was proud to have been inducted into the Paper Hall of Fame, and loved fishing, his afternoon “toddies”, and the company of family and good friends.

Steve is now able to join his many good friends and family who have also finished their earthly races. Though he knew it was his time, and he looked forward to going home, he will still be missed by all who knew and loved him.

On the exterior, Steve might have appeared to be a tough, military-trained businessman, but his sons will fondly remember his huge heart which was always filled with generosity, compassion, and love.

A memorial service for Steve will be held at 4:00 PM on Tuesday, October 18, 2011 at HOLY CROSS CATHOLIC CHURCH, 309 Desnoyer Street in Kaukauna, with Fr. Tom Pomeroy officiating. Friends may call at the church on Tuesday afternoon from 3:00 PM until the hour of the service. Interment will be in Holy Cross Cemetery.