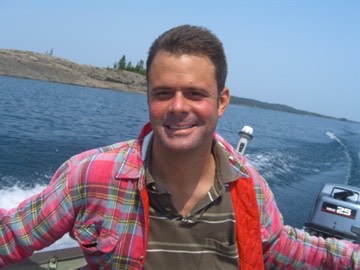 He always wanted to fly and began his flight training at age 19. He became an instructor after being instrument rated and was hired first by Sioux Falls Aviation

Company. He later flew for three other airlines and then was hired by Southwest Airlines where he started as a First Officer and then was a Captain for the past 6 years.

As a five-year-old he would go around the family island at Isle Royale National Park holding up a model float plane for hours. Friends and family knew he was born to fly! In high school he met the astronaut Alan Shephard at the Hill Mansion in St. Paul at an event held by the Minnesota Historical Society. Shepard asked him where he went to school and Steve said Neil Armstrong High School to which Mr. Shepard said “never heard of him”!

Steve was rated as an exemplary pilot by Southwest Airlines and was very happy to be with the Southwest family. He could sit down for hours discussing aviation and astronomy, pointing at the constellations and the International Space Station every time it would pass by.

Steve’s boys meant the world to him.  His home in Appleton is full of pictures of their adventures together.  Steve was a born comic, always the life of the party, ensuring everyone had fun, was laughing and enjoying themselves. He was such a positive person and brought smiles to everyone’s faces. He loved fishing, boating and hiking at Isle Royale as well as scuba diving and had a huge love for magic, teaching anyone he could. He got along with everyone and had many good friends. Steve was a huge role model to his several nephews and nieces and was always the one who made family times feel extremely special.

Steve is survived by his sons John, Will, his ex-wife Jennifer, his parents Grant and Marilyn, sisters Linda and Carolyn, as well as many nieces, nephews, cousins, aunts and uncles.