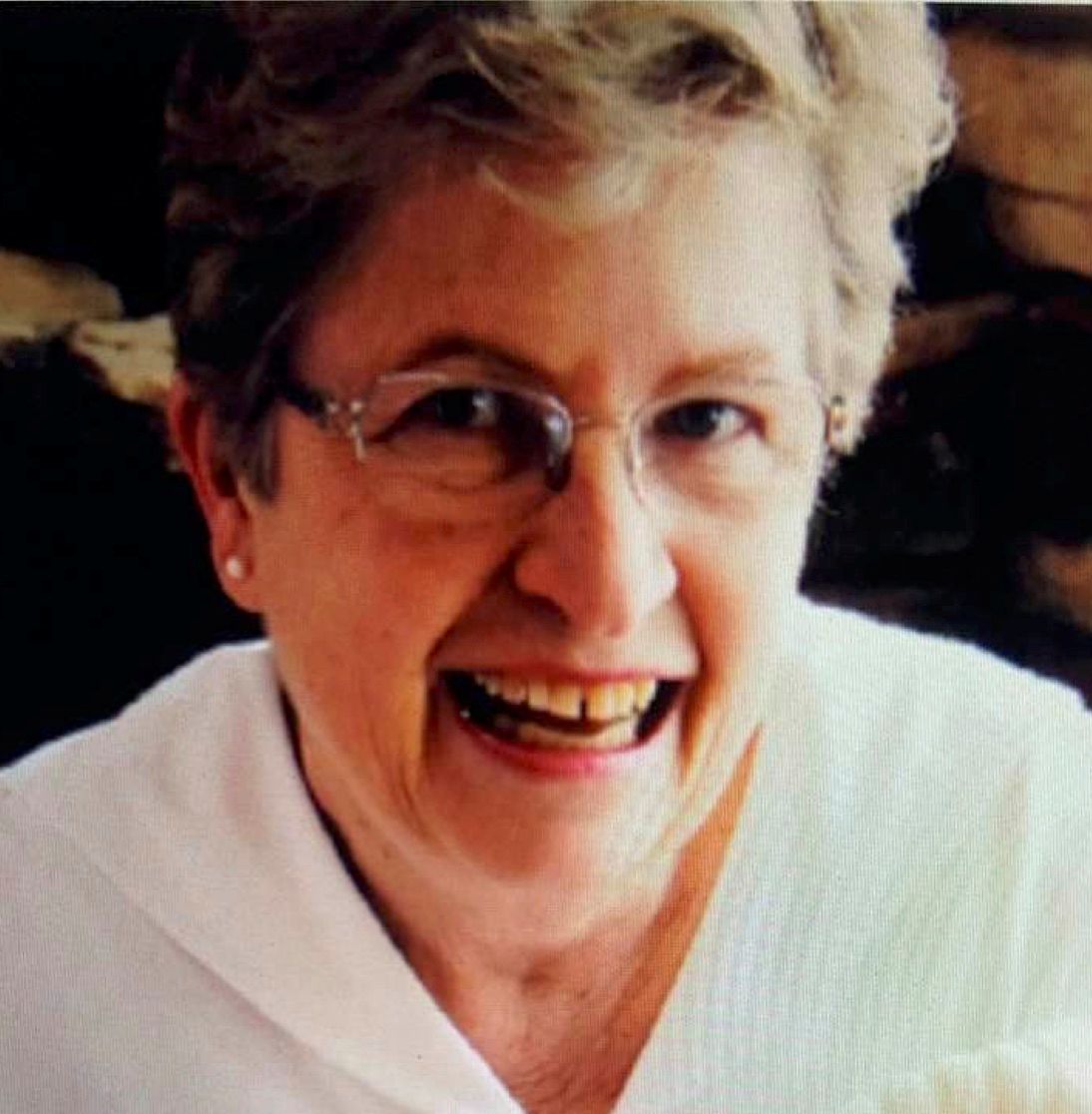 Stephanie Schmidt, known all her life as Stevie, died peacefully on Thursday, April 16, 2020 after a dogged battle with Parkinson’s disease. She was 82 years old. We have lost the premier maker of incredible chocolate malts and blissful cherry pies!

Stevie graduated from Leavenworth High School in 1955. She maintained close friendships from her school years throughout her life, enjoying annual travel adventures, and regularly organizing class reunions with her Leavenworth friends.

Following graduation, Stevie attended Park College in Parkville, MO, taking every art class they offered within a year. After a summer in California working at Disneyland, Stevie enrolled at the University of Kansas, Lawrence, KS. A lifelong fan of the Jayhawks, Stevie had many wonderful stories of her years at KU, and could especially inspire you to relive with her the excitement of the 1957 NCAA championship game, starring Wilt Chamberlain. She enjoyed following KU basketball throughout her life. Rock, Chalk, Jayhawk! Stevie was a member of Gamma Phi Beta sorority, and was elected to membership in Delta Phi Delta, the honorary art fraternity.

Stevie returned to Leavenworth to work as a commercial artist at Fort Leavenworth, drawing classified military maps under Top Secret clearance. Stevie then moved to Kansas City where she worked as a commercial artist, lived on the Plaza with friends, and had a wonderful time. She met dashing salesman Edward H. Schmidt at a cocktail party on the Plaza, and they were married on April 7, 1962. The couple and their year-old son left Kansas City in 1966, when Ed’s company transferred him to Appleton, WI. Stevie lived in, and loved, the City of Appleton for the rest of her life.

Even as a young mother, Stevie was active in the Appleton community. A founding member of the Friends of Appleton Library (FOAL), she designed the original logo of a flying horse. As a member of the Appleton League of Women Voters, her experiences working for change with fellow forward-thinking women instilled in her a strong sense of justice, advocacy, and service. This later served her well during her ten years as an Alderman on the Appleton Common Council.

Stevie’s proudest moment in public service came as the Chairman of the Clean Air Works Committee, with the enactment of the 2005 Smoking Ban ordinance. Only the second such ban in the state of WI at that time, Stevie championed this cause ferociously. In addition, she was a long-time member of the Housing Partnership, as well as the A Better Chance program. Stevie loved to serve her community, and actively mentored and encouraged others to do so as well.

Stevie’s many other enthusiastic interests included being a forty-year member of the Appleton One Nighters play-reading club, attending Attic Theatre and Jazz at the Trout, and holding season tickets to both the Fox Valley Symphony and the Performing Arts Center. She especially loved the show Mamma Mia! which she saw all six times, dancing in the aisles.

Stevie was an active member of the Appleton art community, varying her media throughout the years. Stevie was always creating art—weaving, mosaic, stained glass, acrylic and oil painting, watercolor painting, and most recently, stone sculpting. Quick witted and competitive, Stevie was a savvy opponent at Scrabble, and repeatedly won the annual family game of Risk. Her life’s greatest joy came from her three children, of whom she was endlessly supportive and unabashedly proud.

Stevie was preceded in death by her husband, Ed, her brother, Elmore William Snyder III, and both of her parents. She is survived by her brother, Brewster Benson Snyder of Valrico, FL; her children Mark Schmidt (Yu-Chen Shen) of Sunnyvale, CA; Kristin Moriarty (Brian) of Portola Valley, CA; Melinda Rosenbaum (David) of Raleigh, NC; and grandchildren Sean Moriarty, Eleanor Schmidt, Sophie Rosenbaum, and Lucie Rosenbaum.

A celebration of Stevie’s life is being planned for a later date. In memory of Stevie in these difficult times, a gift to your favorite charity or the following would be welcome: the Trout Museum of Art, Attic Theatre, the Fox Valley Symphony, or the Appleton Performing Arts Center.