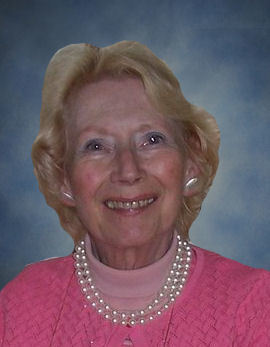 It is with great sadness that we announce the passing of Stephanie Mack Hansen, age 82, of Appleton. Stephanie passed peacefully at Brewster Village, surrounded by her family, on Sunday, March 12, 2017. Stephanie was born in Chicago on November 4, 1934, daughter of the late Norman and Margaret (Grell) Mack, and graduated from Riverside, IL high school in 1953. She then enrolled at the University of Miami and majored in merchandising where she met her future husband, Allen Hansen. As a Freshman at the University, she was chosen to be a princess in the Orange Bowl Parade where she wore a beautiful gown and Allen accompanied her wearing a white tuxedo.

The couple married on August 21, 1954. In 1957, they relocated to Appleton and in 1962 the family purchased their home on River Drive in where they resided for thirty years making many dear friends. In 1980, Stephanie and Allen built their cottage on White Lake in Oconto County. They have treasured their time at the lake with their children and grandchildren, fishing, swimming and boating. Stephanie was a busy mother and homemaker, but always found time for her own pursuits including serving as a member of the Kings Daughter’s Circle, the local Republican Party, the Symphony League and also was asked to be a model for H.C. Prange’s department store. Stephanie and Allen enjoyed their winters in Sun City Center, Florida from 1990 until 2013.

Stephanie is survived by her loving husband of sixty-three years: Allen Hansen of Appleton; two children: Bradford (Lisa) Hansen of Appleton and Lisa (Craig) Christensen of Appleton; seven grandchildren: Alec, Danielle, William, Caroline, and Ian Hansen and Kelsey and Eric Christensen. Other survivors include her brother: Bradford (Dale) Mack of Stuart, Florida and a sister-in-law: Carol Danke of Menasha. There are also many nieces, nephews, other relatives, and many friends. Stephanie was preceded in death by her parents, and by a brother-in-law: Don Danke.

A memorial service for Stephanie will be held at 11:00 AM on Friday, March 31, 2017 at the Wichmann Funeral Home Tri County Chapel, 1592 Oneida Street in Menasha, with Rev. Brian Bankert of Trinity Lutheran Church officiating. Private inurnment will follow in Riverside Cemetery. Relatives and friends are invited to gather at the funeral home on Friday, March 31, from 9:00 AM until the time of the service.

The family would like to extend their sincere gratitude to the loving staff at Brewster Village. Stephanie could have been in no better hands – you cared for her as though she was your own. We will always be grateful for your care, compassion, and kindness.