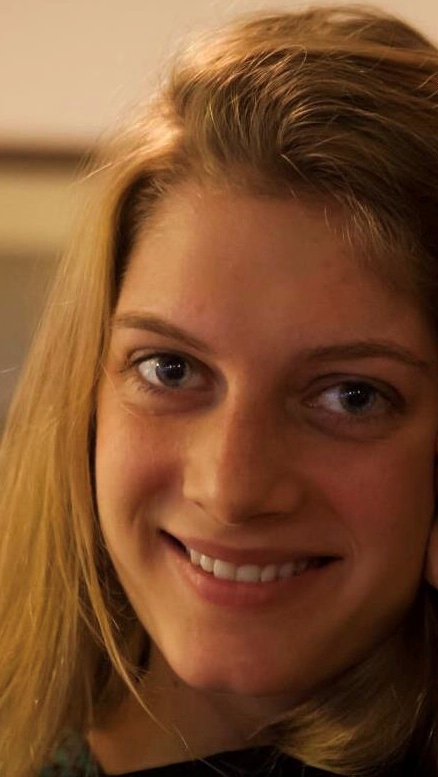 Sofia was born in Morgantown, WV to Rudolf Haken and Leila Ramagopal (Pertl) on November 7, 1995. She attended school at Dr. Howard, Next Generation, and Central High School in Champaign, IL, and the University of Wisconsin-Fox Valley, where she won the Academic Excellence Award in the World Languages department.

Sofia was a creative soul who expressed herself in myriad forms. Singing, acting, drumming, dancing, drawing, and guitar playing were just some of the ways in which Sofia so freely shared her art with the greater world. Her singing was so pure and beautiful that it could stop you in your tracks. She was an exceptional drummer who was so proud to explore and share her Indian heritage, being a rare example of a female tabla player. Whether Irish dancing, singing Dylan tunes with her guitar and harmonica, holding down the groove in a Brazilian samba ensemble, or flawlessly harmonizing when anyone in the family started to sing, Sofia shared her gifts openly and compassionately.

Her love for music and art was matched only by her love of languages. She was a virtuoso when it came to learning languages. She spoke French and German like a native and was almost as proficient in Spanish. She found such great joy in immersing herself in other languages. French in particular was her life passion. She once said that she felt more comfortable thinking in French than she did in English.

Sofia felt most at home in the outdoors. It was almost as if Sofia needed to occupy the unrestricted expanse beyond the confines of man-made walls to fully express the unrestricted beauty of her joyful soul through her exquisite athleticism. To see Sofia bound through the woods, scamper up trees, vault over logs, ski, laughing down the most difficult runs, and fly down the trails on her mountain unicycle was to witness a rare and beautiful dance between Sofia and nature herself—partners so connected in understanding and purpose that the two became one. Her deep compassion for and love of all living creatures blossomed in her connection to her family’s dog Zeek. They spent hours together sharing secrets and forging a bond that was clear to see but hard to fathom.

Sofia was an explorer and adventurer. The love of travel was part of her DNA as illustrated by her remarkable ability to identify every country in the world on a blank map. Whether camping and hiking with her dad, studying abroad in a haunted castle in Scotland, exploring Italy with her grandma and great aunt, heading out on a solo journey to a U-2 concert in Chicago, or visiting her beloved Paris with her mom and brother, Sofia loved nothing more than to eagerly share tales of her past adventures and excitedly plan what grand adventures would come next.

Sofia is an old soul who, in her short time on earth, demonstrated the highest levels of unconditional love, empathy, joy, wonderment and compassion. She looked you straight in the eye, and listened with full attention, letting you know that you were the most important person in the room to her, and that she was hearing you. She lived her life with exuberance, unabashed joy, laughter, stunning kindness, and genuine openness to others. What a privilege to have had her example of how to live in the spirit of play, and with fearless love as a guiding force.

In lieu of flowers, Sofia’s family would be grateful for donations in her name to NAMI-Fox Valley (National Alliance on Mental Illness), via their website (www.namifoxvalley.org), or to 211 E. Franklin St, Appleton, Wi, 54911.

Sofia’s family wishes to extend our sincere thanks to her church family at Emmanuel Memorial Episcopal Church, Champaign, IL, All Saints Episcopal Church, Appleton,WI, and Iris Place, Appleton, WI. Sofia’s family would also like to especially thank her French teacher Claudine Freard Rose, with whom she had a joyful relationship, and all her devoted and loving friends. Funeral services and celebrations of Sofia’s life will be held at 4pm, August 25th, with a 3pm visitation, at All Saints Episcopal Church, 400 E. College Ave in Appleton, WI, with Father Jim Harrison officiating. Inurnment will follow in the church, followed by a procession to the Warch Campus Center for a celebration reception. Also, on September 2nd, a celebration of Sofia’s life will take place in Champaign, IL, from 1pm-4pm, at Krannert Center for the Performing Arts, Foellinger Great Hall.