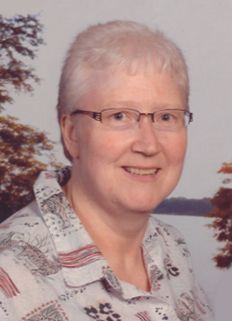 Shirley “Shirl” AnnMarie Coonen, SFO, age 59, of Appleton, was granted eternal peace on Friday, July 29, 2016, at home surrounded by the love of her family. Shirl was born on August 24, 1956, daughter of the late Norman and Anita (McKeever) VanDenWildenberg.

Family, music, and social justice were the core gifts of Shirl's life. She experienced life through a variety of activities. As a member of the secular Franciscan Third Order and her parish community she played many roles; she sang in the choir, was song leader, Eucharistic minister, RCIA educator, prayer chain member and respite care giver for hospice and home. Shirl also involved herself in many social and family activities; she was a girl scout's leader, participated in ice skating events, swim meets, softball, volleyball and bowling leagues. She was a bowling coach for elementary and middle school children. Shirl's musical and theatrical talents guided many of her adventures playing piano and guitar, singing with the same duet partner for 18 years and performing on various stages with the Kaukauna players, Appleton Rec Department, Christmas Stars and the Chamenade Woman's Chorus. After retiring for stage and singing, her most current escapades have been attending National and State conventions for round and square dancing with her granddaughters Tanisha, Sabrina and their partners.

Shirl is survived by her daughter: Heather Stanley; her granddaughters: Tanisha and Sabrina Coonen; her grandson: Michael Stanley; great grandson: Brycen Tetzke Coonen; and her sisters Cindy Skora and Nancy Visocky. She will also be missed by her nieces, nephews, relatives and friends. She was preceded in death by her parent: Norman and Anita VanDenWildenberg; her siblings: Donna and Robert VanDenWildenberg; and her spiritual partner Mary Francis Hartzheim.

The Funeral Liturgy for Shirl will be held at 11:00 a.m. on Friday, August 5, 2016 at ST. PIUS X CATHOLIC CHURCH, 500 West Marquette St. Appleton, with Father Andrew Kurz officiating. A time of visitation will be held from 10:00 a.m. until the time of Mass. Online condolences may be expressed at www.wichmannfargo.com.