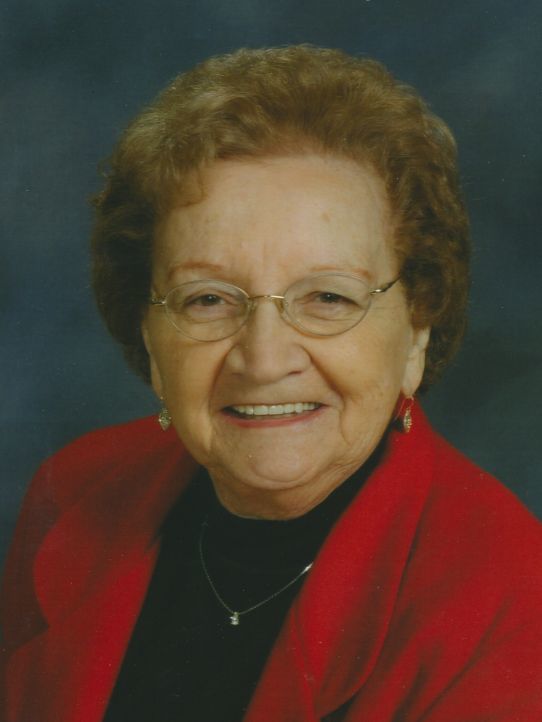 Shirley Marie Paiser-Blum, age 88 and 9/10 years, of Appleton, passed away on Friday, July 1, 2016, surrounded by her loving family at Brewster Village. Although Alzheimer's had taken away her ability to remember, it could not compete with her ability to brighten the room with her infectious smile and unforgettable laughter.

She worked as a meat wrapper in various grocery stores in Shawano and Appleton for many years, well known to her coworkers as “Squirrel”. Up until she was no longer able to attend, she was a member of St. Mary Catholic Church in Appleton. She loved anything pink, working on her crafts, always winning on solitaire, spending time in the summers with the family up at Castle Campground, trips with Grandpa Arnie, and spoiling her many grandchildren.

She was preceded in death by her parents Joe and Mary Fischer; her brother: Ralph Fischer; an infant daughter; and her two husbands: Gordon Paiser and Arnold Blum.

The Funeral Liturgy for Shirley will be held at 11:00 a.m. on Tuesday, July 5, 2016, at ST. MARY CATHOLIC CHURCH, 312 South State Street, Appleton, with Father Bill Swichtenberg officiating. A time of visitation will be held from 9:00 a.m. until the time of Mass. Online condolences may be expressed at www.wichmannfargo.com.

A special THANK YOU needs to be sent out to everyone at Brewster Village, for all of their care and unconditional love. The compassion and professionalism displayed there is immeasurable, and the staff will always be held close to the family's heart.

We love you Mom, Nana!