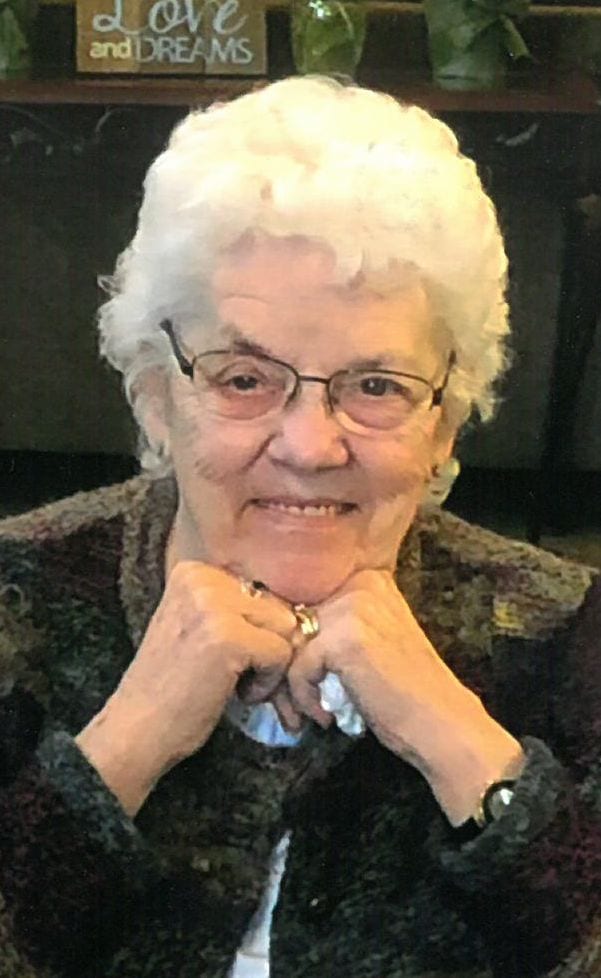 Shirley Mae Hameister passed away surrounded by family on November 25, 2020 at Willow Lane Assisted Living, at the age of 86. Shirley was born on March 26, 1934 to Myron and Nelda (Schroeder) Leitzke in Hortonville, WI. Upon graduating from Hortonville High School, Shirley worked at The Equity Co-Op in Appleton until her marriage. It was through the Farm Bureau Youth Association that Shirley met the love of her life, Paul Hameister. They were united in marriage on May 26, 1956 and were the ultimate team from that day forward. Together they ran the family farm as they raised their five children.

Shirley was an excellent mother, homemaker, cook and baker, making the most delicious cream puffs (the WI State Fair cream puffs do not compare). They were the #1 requested dessert for family get togethers. While working side by side with Paul on the farm, she had a large garden that provided a bountiful harvest long after the growing season ended, as a result of her canning and preserving. After the farm was sold, Shirley began her career as an Avon Representative. She truly enjoyed her customers and being their Avon Lady. Through her hard work and dedication, she achieved the status of being a President’s Club member. She also was very active in her church. For many years she sang in the choir, oversaw the bakery department at the annual Ladies Auxiliary Bazaar and Craft Sale, and was very involved in the Adult Fellow group and Sunday school. Her faith was the foundation on which she built her life.

Although she had many interests, Shirley was very proud of her family and put them before anything else. She and Paul enjoyed attending their children and grandchildren’s sporting events, concerts, and races. She was their biggest fan and often could be heard cheering them on from the stands. Above all, Shirley cherished family time. She lived a fulfilling life full of love, family, and memories.

Shirley is preceded in death by her husband Paul, her parents, in-laws, other relatives and friends.

Funeral services for Shirley will be held on Saturday, December 5th at Wichmann Funeral Home, 537 N. Superior Street at 12:00 PM. Visitation at the funeral home from 10:00 AM until the time of services. Private interment will be at Highland Memorial Park.

Shirley’s family would like to extend a special thank you to the nurses and staff at Willow Lane Assisted Living and Heartland Hospice for their exceptional care of Shirley.