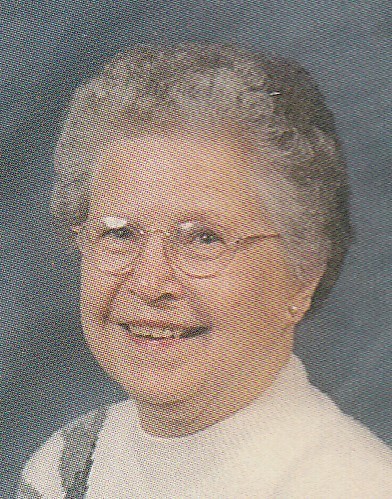 Shirley E. Better, 88, of Kimberly, passed away on Friday, August 08, 2014 at Parkside Care Center. Shirley was born on November 12, 1925, daughter of the late Joseph and Clara (Anderson) Dietzen. She graduated from Kimberly High School and later went on to work as an accountant at Kimberly Clark. On June 16, 1951 she married Emil Better at Holy Name Catholic Church.

Shirley enjoyed playing canasta with her card club and she loved spending time with her family. She also volunteered with the Ladies of Holy Name and during election session at the polls.

The funeral liturgy for Shirley will be held at 12:30 p.m. on Wednesday, August 13, 2014 at Holy Spirit/ Holy Name Church, 600 E. Kimberly Ave. A time of visitation will be held from 11:30 a.m. until the time of service. Online condolences may be expressed at www.wichmannfargo.com.

The Better family would like to that the staff at Parkside Care Center for all their kindness and support.