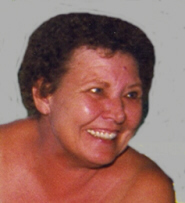 Age 62, passed away at her home, surrounded by her family on Wednesday, July 27, 2005. Shirley was born in Appleton on July 29, 1942, daughter of the late Arthur and Augusta (Reffke) Stueber. On December 7, 1968, Shirley married Keith Paulson in Black River Falls, Wisconsin; he survives. For several years, she worked at Valley Screenprint, but her most recent work, a job she truly loved, was working for Milwaukee Messenger Service. Shirley enjoyed camping, trout fishing, family gatherings at holiday time, western movies, and spending time with her grandchildren.

The family would like to thank Theda Care At Home, especially Kathy Horn, who cared so well for Shirley during her illness. Your kindness will never be forgotten.