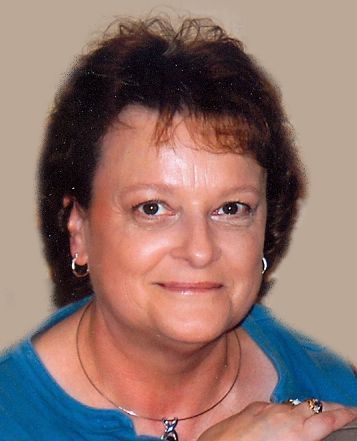 Sherry Van Dyn Hoven, age 59 of Kaukauna, passed away on Friday, January 30, 2015, after a lengthy but courageous battle with cancer. Sherry was born on July 31, 1955 in Appleton, the second child and only daughter to Clarence A. and Geane E. Litscher. Sherry attended Kaukauna High School where she met her high school sweetheart, Doug Van Dyn Hoven. Both graduated from Kaukauna in 1973. Sherry and Doug were joined in marriage on November 15, 1974.

Sherry enjoyed a 40 year career in banking at AnchorBank (formerly Fox Cities Bank). While working, she volunteered for several organizations. Early in her career, she held various board of directorship positions for the Northeast Wisconsin Chapter 239 of the Institute of Financial Education, positions of Secretary and President of the South Appleton Area Business Association (S.A.A.B.A.). Later, she liked serving as a volunteer for Junior Achievement and the Heart of the Valley Chamber of Commerce. She was honored to have received a Volunteer of the Year Award from the Chamber. Also, Sherry was proud to have been a graduate of the 2008-2009 Leadership Fox Cities Program.

Sherry's other interests included reading, listening to music, cooking, baking, decorating their home, meeting friends for lunch and shopping. She especially enjoyed leisurely car rides with Doug. Sherry treasured moments with her friends who always provided her with many laughs throughout her life.

On Thursday, February 5, 2015, family and friends may call from 4:00 PM until 7:00 PM at the Fargo Funeral Home, 400 W. Wisconsin Avenue in Kaukauna. Please visit www.wichmannfargo.com to share memories and express condolences. Interment will be at Highland Memorial Park. At Sherry's request, a Celebration of Life will be a private event for immediate family. In lieu of flowers, the family is establishing a memorial fund to honor Sherry's memory and favorite charities.

Sherry would like to send a special thank you to the many people who so graciously supported and encouraged her throughout her cancer battle. She would like to thank Dr. Timothy Goggins and his wonderful Team at the Fox Valley Hematology & Oncology at St. Elizabeth Hospital for their continuous care and concern. Sherry would also like to thank her numerous friends and family for the stream of meals, cards, e-mails, phone calls, visits and prayers which gave so much strength and comfort to both Sherry and Doug. A very special thank you needs to be said to our last angel, Amy M. from ThedaCare at Home. You were a very special gift to our family.

Doug – I have had a very special love for you that will continue on for eternity. I am so grateful to you for your continual devotion. I could never have made it this long without you.