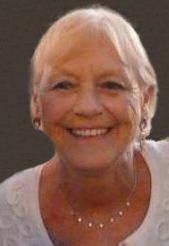 Sheila (Schmirler) Burns, age 73, of Appleton, passed away on Monday, June 15, 2015 at Appleton Medical Center. She was born on November 12, 1941 in Wausau, to the late Walter and Justina (Sass) Schmirler. Sheila was an employee of Associated Financial Group for almost 25 years. She was a member of St. Thomas More Parish, the Red Hat Society, and Golden Retriever Rescue of Wisconsin (GRRoW). Some of Sheila's interests included gardening, cooking, traveling, and attending sporting events. Many will remember her for the amazing culinary skills she provided at the Appleton Yacht Club. Her family meant the world to her, and she looked forward to attending her grandchildren's activities.

The funeral liturgy for Sheila will be held at 11:00 am on Tuesday, June 23, 2015 at ST. THOMAS MORE CATHOLIC CHURCH, 1810 N. McDonald Street in Appleton. Fr. Gerald Falk will be officiating. A gathering will be held on Monday evening at the Appleton Yacht Club, 1200 S. Lutz Drive from 6:00 pm until 8:00 pm, and on Tuesday at the church from 9:30 am until the time of mass. In lieu of flowers, a memorial fund has been established in her name. Online condolences can be offered at www.wichmannfargo.com.