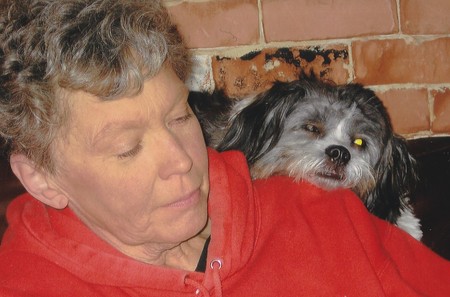 Sharon Gonyea, age 67, of Combined Locks, passed away peacefully on Tuesday, May 21, 2013, at Appleton Medical Center. She died from a combination of respiratory and cardiac failures. Shari was born in Appleton, on March 15, 1946 to the late Lawrence and Sally (Klumpers) Schroeder, and loved living in the greater Appleton area her entire life. She was a very proud graduate of the Appleton High School, class of 1964. In July of 1965, Shari married Bill Paalman with whom she had two kids, Joe and Kelly. Shari and Bill later divorced, but remained friends. She married Keith Gonyea on October 5, 1973, and they remained married until her passing. Shari operated an in-home day care for 23 years. After the youngest Huss boy, Kyle, started full-time school, Shari worked for the Kimberly School District at Janssen School for several years. She then worked for Banta Corporation Packaging Fulfillment in Kaukauna until she retired for medical reasons in 2005.

Shari is survived by her husband of 39 years, Keith; her son Joe Paalman of Kimberly and his son Logan; daughter Kelly (Roy) VanZeeland and her children BreAnna and Cole of Kaukauna; two sisters: Beverley Frahm, Appleton and Janice (Jerry) VanZeeland, Kimberly. In addition, she is survived by her step children: Todd (Amy) and their daughter Dominique, and sons, Andrew Peterson and Michael Fisher of Minneapolis, Minnesota; Brent (Brianna) and their children Delila, Keller, Jasper, Iris, and Phoenix of Menomonie, Wisconsin; Michelle, New York City, New York; Sean, Boulder, Colorado; Troy, Denver, Colorado; several nieces, nephews, and many friends, especially the three Huss boys: Ryan, Cory, and Kyle who came into her life as baby sitting kids and remained lifelong friends. Shari is further survived by her loud but lovably loyal shihtsu, Tarkus who will miss her immeasurably.

The funeral service for Shari will be held at 6:00 PM, Tuesday, May 28, 2013 at the Jansen Fargo Funeral Home in Kimberly. Deacon George Schraufnagel will be officiating the service. Friends may call from 4:00 PM until the time of service at the funeral home. The interment will take place at St. Paul Cemetery on Wednesday, May 29th, and friends and family may gather at the funeral home at 9:30 AM to process to cemetery. In lieu of flowers, a memorial fund has been established. Online condolences may be offered at www.wichmannfargo.com.