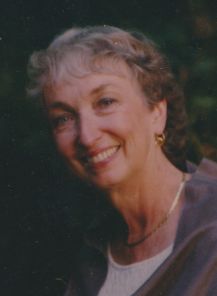 Her entire life was shaped by a love of travel, and a love for the fine and decorative arts – literature, theater, opera, painting, sculpture, and textiles. She was loyal, compassionate, humble and patient, and she was a hard worker. She always celebrated other people’s successes. She spoke French, Spanish, Turkish, and a little German and Italian.

Born in Minneapolis, MN in 1939, her family moved to Madison, South Dakota after WWII. She played the organ in Catholic Church services in high school. She was an avid reader.

She graduated from the College of St. Theresa in Winona, MN in 1961. Subsequently she taught French in Minnesota, and then for the Department of Defense in Izmir, Turkey.

In 1965 she married John Fenlon, M.D. while living in Turkey. At this time her love affair with oriental rugs and textiles also took root. After returning from Turkey, she taught French in University City Schools while completing her Master’s degree in Comparative Literature at Washington University at St. Louis. When her husband entered private practice, Appleton, Wisconsin became her home.

For the rest of her life, she continued Oriental rug studies, including repair. An active member of the Washington, D.C. Textile Museum, she later helped develop the American Conference on Oriental Rugs (ACOR) eventually becoming president. ACOR’s rug conferences welcomed attendees from many foreign countries.

In Appleton, Sharon’s early public service included a term as president of A Better Chance. She also was a member of the founding board of Hearthstone Museum. In 1986, she was elected to the Appleton Area School District Board of Education. She served until 2016, the last 20 years as President.

Opera was a long-standing love, starting when she would attend standing-room only performances when a teacher in Minneapolis.

Sharon is survived by her husband of 53 years, John Fenlon; her daughter Jessica and son Alex, daughter-in-law Melissa, and granddaughters Calla and Poppy. She was a loving partner, parent and grandparent, unselfish to the end.

A private family gathering was held on Saturday, December 29. The community is invited to an open-house celebration of her life at the Trout Museum, 111 College Avenue, on Saturday, January 5, from 4:30 to 7:30 p.m.

If you would like to make a donation in Sharon’s memory, please consider the Appleton Education Foundation.