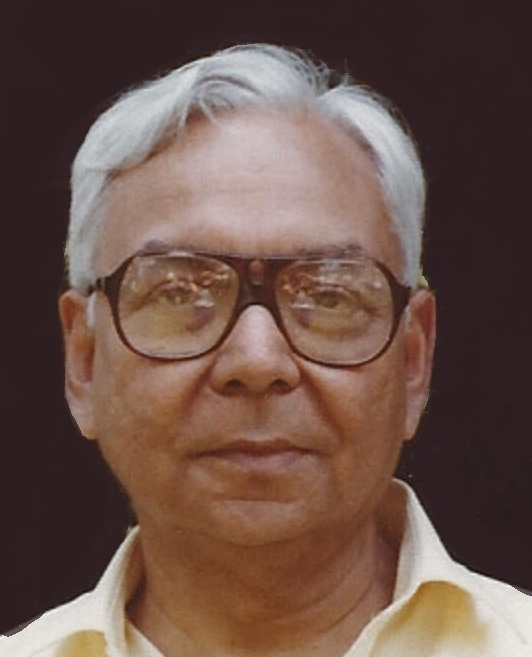 Death is not extinguishing the light; it is only putting out the lamp because the dawn has come. –Rabindranath Tagore

Shafi U. Hossain, 89, of Sherwood, passed away on February 13, 2015. He died peacefully at home and surrounded by his family. Shafi was born on February 1, 1926 in Calcutta, India. He graduated from India's prestigious Presidency College at the age of 20. With a boat ticket, $25 in his pocket and a scholarship to the University of Minnesota, Shafi went on to earn two master's degrees in chemistry. At Minnesota, he met Dorothy Kane, who would be the love of his life. They married in 1954. Shafi started his career as a paper chemist at Abitibi Research in Sault Ste. Marie, Ontario, Canada, where he earned many patents for his breakthrough creative work in the field of de-inking . In 1964 the Hossain family was delighted to return to Dorothy's beloved Wisconsin as Shafi accepted a new position at Kimberly-Clark research in Neenah. Shafi loved the K-C Research environment and was soon managing the Exploratory Research Group. Shafi developed novel pollution-abatement solutions for paper mills and patented Kleenex tissue that killed viruses on contact. Versions of this product are used in homes, hospitals and offices all across the world. In 1984 Shafi was appointed as Kimberly Clark's first Principal Research Fellow. In retirement, Shafi worked for the United Nations on international environmental issues. But to Shafi, friends and family always came first. He was proud of his three children and followed their careers with great interest. After a four-year stint in Roswell, Georgia, Shafi and Dorothy enjoyed retirement in Sherwood with wonderful neighbors who became dear friends. The “Sundown Court” gang enjoyed area supper clubs, trips to the theatre in Milwaukee and especially impromptu gazebo parties in the Hossain backyard.

Shafi is survived by his wife Dorothy; children Tony Hossain (Kathy) of Rochester Hills, Michigan; Shireen Johnson (Joe Rentmeester) of Green Bay; and Monique (Torrey) Hanson of Washington D.C.; and a grandson Tyler Johnson of Chicago. Shafi was preceded in death by his mother Hafsa and father Shakural and brothers Mahfuzul, and Rafique.

A celebration of this great American life will be held Wednesday, February 18, 2015 from 5:00 PM until 8:00 PM at the High Cliff Restaurant in Sherwood. In lieu of flowers, the family asks that donations be made to the Fox Valley Humane Society in Shafi's name.

The Hossain family would like to thank Gail Schommer at Home Instead for the compassionate care she provided during Shafi's final hours. They are also grateful to their friend Dr. John Rosebush for the wonderful conversation he had with Shafi during this difficult time. And finally, thank you Dad, for guiding us and taking care of us all these years. You always wanted to know if “everything was all right.” Yes Dad, thanks to you, everything is good and we will always love you.