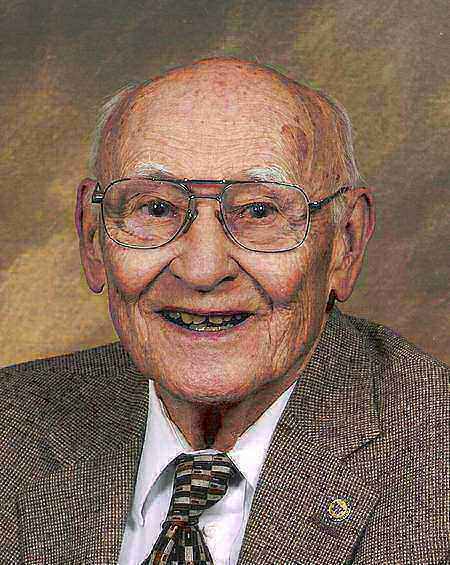 Sedgwick Cookerly Rogers, age 87, of Appleton, died unexpectedly, Thursday, October 19, 2006. He was born March 24, 1919, to the late Allen Cookerly and Mina Sedgwick Rogers, in Chicago and had been an Appleton resident since 1947. Sedgwick attended elementary school and high school in Chicago graduating in 1937. He entered the University of Minnesota, in September 1937, receiving his B. S. in June 1941 and his M. S. in forestry in June 1942. While at the University of Minnesota he was a member of Phi Delta Theta Fraternity. Sedgwick then attended the Pennsylvania State College, where he assisted in the development of penicillin and received his Ph. D. in organic chemistry in October 1944. He was a member of the honorary scientific societies, Sigma Xi and Phi Lambda Upsilon. He married Melba Erickson in Minneapolis, MN, May 23, 1943; she preceded him in death April 18, 2005. Sedgwick was employed for three years with the U. S. Forest Service at the Forest Products Laboratory in Madison, WI and for 34 years in the Kimberly Clark Research and Development Laboratory in Neenah, retiring in 1981. He was a member of First United Methodist Church, the American Chemical Society, the Forest Products Research Society, TAPPI, the Appleton (U. S.) Power Squadron, where he was the Commander of the squadron in 1961 and 1962 and a member of Butte des Morts Golf Club for 22 years. He was also a member of the Sons of the American Revolution and the Mayflower Society.
Sedgwick is survived by three children, Linda Ann (Richard) Gensmer, Sugar Land, TX; Nancy Gail (Thomas) Ninnemann, Jackson, WY; Eric Alan Rogers (Cathryn Gruber), Pewaukee, WI; seven grandchildren, Kristin and Steven Gensmer, Stephanie and Peter Ninnemann, Bradford, Alyson and Trenton Rogers.
Memorial services for Sedgwick will be held at 11:00 am, Monday October 30, 2006, at FIRST UNITED METHODIST CHURCH, corner of Drew and Franklin Streets, with Reverend Grace Cajiuat officiating. Entombment will be in Appleton Highland Memorial Park. Friends may call at the church on Monday from 10:00 am until the time of the service. In lieu of flowers memorial funds have been established for the Fox Cities Children‚Äôs Museum and First United Methodist Church.