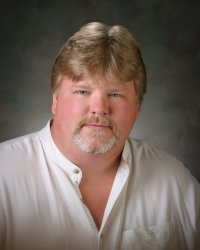 Scott Gerald Schink, age 42, passed away suddenly on Sunday, September 5, 2010. He was born September 4, 1968, the son of Gerald F. Schink and Mary McGowan. Scott married his loving wife, Linda Giemza, on June 8, 2001. Scott was a loving and devoted father to his two beautiful sons. He enjoyed hunting, Harley motorcycles and his two dogs: Molly and Josie.

Funeral services for Scott will be held at 6:00 p.m. on Thursday, September 9, 2010 at the WICHMANN FUNERAL HOME, with Deacon Bud Klister officiating. Friends will be received at the funeral home from 4:00 p.m. until the time of service.

In lieu of flowers, a memorial fund has been established in Scott‚Äôs name.