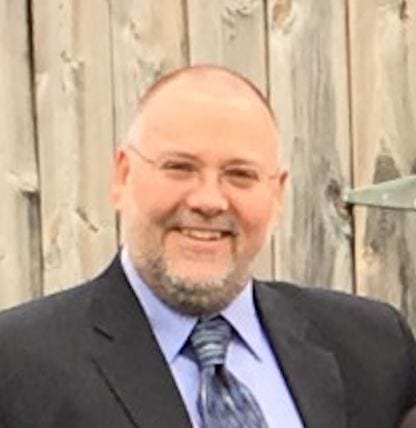 Private service with livestream available to the public on Friday May 15th at 12:00 PM.

Scott L. Meyer, age 50, of Appleton, passed away at home surrounded by his loving wife and family. Scott was born on November 28, 1969 in Menominee, MI to Daniel and Leanne (Mongin) Meyer. Scott was raised in Coleman, WI and moved to Appleton with his family in 1980. Scott graduated from Appleton West in 1989. Scott worked at Appleton Papers after high school. He was most recently employed at Foremost Farms as a cheese maker.

Scott met the love of his life, Katherine Bradle on May 2, 1986 at a celebration with friends. Scott and Katherine were joined in marriage on August 5, 1994. Scott and Katherine adopted Christy in November 2013. With the adoption of Christy, Scott and Katherine became grandparents of Aubree. Scott’s favorite past times were reading his Bible, snowmobiling, hunting and fishing with his family, and spending time out doors with his dogs, Peanut, Tasha, Sadie, and Heidi. Scott absolutely loved going “up north” on Bradle Road and to the Mongin Cabin.

Scott is preceded in death by his grandparents and cousins Dean Mongin and Cheryl Novak.

A memorial fund is being established in Scott’s name. The family would like to extend a special thank you to the nurses and staff of Ascension Hospice, especially Jenny, for their compassionate care during his illness.

Private service with livestream available to the public on Friday May 15th at 12:00 PM.