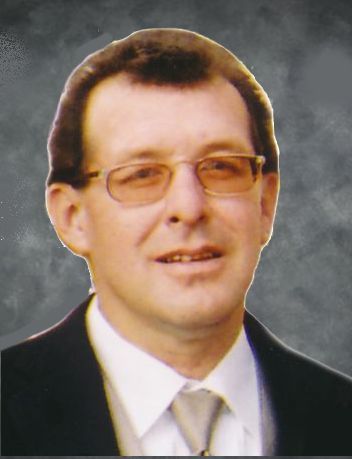 Scott James Drier, age 52, of Appleton, passed away peacefully on Saturday, September 26, 2015 after a 9 month battle with cancer. Scott was born in Appleton on November 27, 1962, son of Joyce (Selig) Drier and the late Frank Drier. He was baptized and confirmed at Mount Olive Lutheran Church. Scott graduated from AHS West in 1981, then worked at various stores and car washes.

Scott enjoyed playing drums and communicating on his CB radios. He followed the Americano Drum and Bugle Corps for many years and was an avid NASCAR and Packers fan.

Survivors include his mother, Joyce; his son, Cameron, Siblings: Steve (Kathy) and their children Jillian, Stephanie, Alison, and Melissa of Appleton; Sue (Noel) Petit and their son, Andrew, of Freedom; Tom (Sallie) Drier of Appleton and their daughter, Katie of Oshkosh; Lori (Tom) Kriplean and their children, Nicholas, Jacob and Jenna, of Black Creek. He is further survived by a great niece, Molly and nephew, Nolan, special friends; Mike Bixby (cousin) and Christine Lenox, aunts, uncles, cousins and other relatives and friends.

He is preceded in death by his father: Frank; brother: Ricky, nephew: Christopher Kriplean, and his grandparents.

Visitation for Scott will be at Wichmann Funeral Homes, Superior Street Location on Tuesday, September 29, 2015 from 4:00 to 7:00 pm. There will be a Prayer Service at 6:00 pm at the funeral home. Online condolences may be expressed at www.wichmannfargo, com.

Scott's family would like to thank the Theda Care Hospice Team, Cherry Meadows, and The Bridges for their excellent care.

In lieu of flowers, a memorial fund has been established in Scott's name.