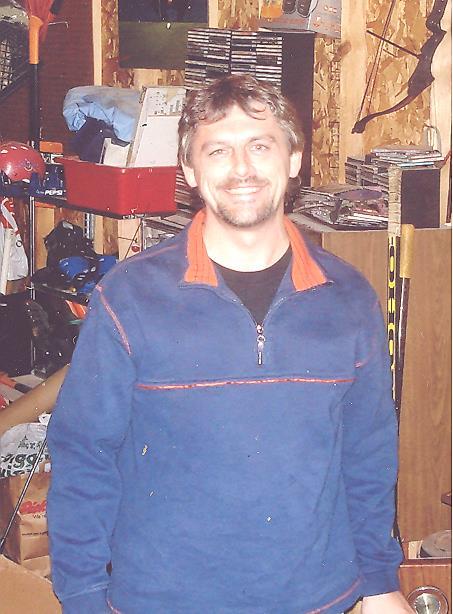 Scott G. Henry, age 46 of Green Bay, passed away unexpectedly on September 20, 2016 due to a seizure disorder. Scott was born on May 12, 1970 in Fond Du Lac Wisconsin. His parents were Carl Brandt and Mary (Henry) Brandt. He was a graduate of Oshkosh West High School. He was formerly employed by Hardees in Oshkosh and Perkins in Oshkosh as a manager. Most recently he worked in Roofing. Scott was a very outgoing and caring man who was always willing to help someone in need and would give the shirt off his back for his friends. He was also a very proud father for his children. He enjoyed sports of all kinds and especially loved to play baseball. He liked to watch the Packers and Badgers play and going to Packers home games was a very special event. He lived his life to the fullest and was also an avid outdoorsman who loved fishing and hunting.
Scott will be sadly missed by his mother and step-father Mary Brandt and John Elsinger, his children: Robbie, Seth and Katriana, his fiance' Tammi and her two children Hans and Elizabeth as well as many aunts, uncles, cousins and other relatives and friends.
He was preceded in death by his father Carl Brandt, his maternal grandparents, Bob and Eileen Henry, his paternal grandparents, Carl Sr. and Adeline Brandt and an aunt, Jean Welch.
Visitation for Scott will be on Tuesday, September 27, 2016 from 4:00pm to 6:45pm at Wichmann Funeral Homes, Oneida Street location. A memorial Service will be at the funeral home on Tuesday at 7:00pm with Fr. Mike Ingold officiating.
The family would like to thank the Emergency Responders from First Care for the care given to Scott.
In lieu of flowers and other expressions of Sympathy, a memorial fund has been established at GoFundMe.com at www.gofundme.com/2q6p7wc?ssid=744458671&pos=3