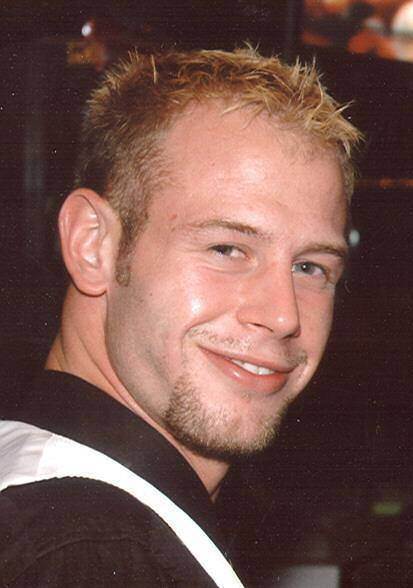 Scott was born December 5, 1980, in Appleton, the son of Michael L. (Joyce) Ihlenfeldt and Patty (Jerry) Laridaen. He was a 1999 graduate of Appleton West High School and was currently employed at ThyssenKrupp Waupaca. Scott was united in marriage to Nicole Delrow on September 10, 2005, in Medina.
Scott was a very outgoing and athletic man. While growing up in Appleton, he was involved in every sport possible. He will be dearly missed by all who knew and loved him.

Survivors include his wife, Nicole; their son, Ein, his father and stepmother, Mike and Joyce, and his mother and stepfather, Patty and Jerry; Scott is also survived by his daughters, Hannah and Kali; two brothers, Pete Ihlenfeldt and Chad (Brooke) Ihlenfeldt; his grandparents, Verda Ihlenfeldt, and Jack and Win Spencer; two stepbrothers, Magnum Polmatier and Jerry Laridaen II; three stepsisters, Marie (Jeff) Smith, Casey Laridaen, and Melissa Dombrowsk; his special friend, Dennis Looker, as well as aunts and uncles, nieces, nephews, cousins, other relatives and many friends.
Scott was preceded in death by his grandfather, Willard Ihlenfeldt.

Funeral services for Scott will be at 6:00 p.m. Friday, May 11, 2007, at WICHMANN FUNERAL HOME, downtown chapel. Visitation will begin at 4:00 p.m. Friday until the time of services at the funeral home. A memorial fund is being established in his name.