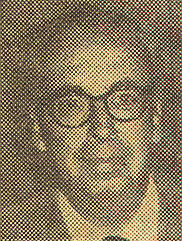 Age 90, passed away unexpectedly at home on Wednesday, January 9, 2008. He was born in Chicago on June 4, 1917, the son of the late Homer and Mary (Vickers) Brammer. Scott was proud to serve in the United States Army during WWII, in Europe. In 1948 he married his wife of 59 years, Corinne Thor. Scott started as a personnel director at Riverside Paper Corporation and retired as the Vice President of Industrial Relations in the mid 1980's. Scott loved to travel with Corinne in their motor home around the United States, especially to Texas and Florida. He also loved to be in the outdoors, especially golfing and fishing.

The memorial service will be at 11:00 a.m. on Saturday, January 12, 2008 at the Wichmann Funeral Home, with Rev. Stephen P. Savides officiating. Friends will be received at the funeral home from 10:00 a.m. until the time of the service. Inurnment will be at Appleton Highland Memorial Park.