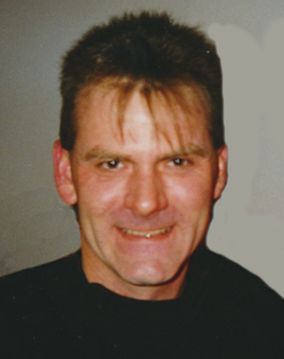 Scott Alan Dietzler, age 52, of Kimberly, passed away at his home on Sunday, December 21, 2014. Scott was born on October 12, 1962, in Appleton to Jeff Dietzler and the late Jean (Ashman) Wall. He proudly served his country in the United States Army as a Food Service Specialist. Scott was well-known for his infectious personality, his terrific sense of humor and his distinctive laugh. He loved nature, the outdoors and especially enjoyed the time spent at his cottage on Little Sand Lake. Scott's faith in God was especially strong.

Funeral services will be at 5:00 p.m. on Friday, December 26, 2014, at the JANSEN FARGO FUNERAL HOME, 204 E. Kimberly Avenue, Kimberly, with Fr. Thomas J. Farrell officiating. Friends may call at the funeral home on Friday from 3:00 p.m. until the time of services. Scott's family would like to extend a sincere thank you to the staff of Southern Care Hospice and Affinity Health Care for their loving care. A memorial has been established in his name. Online condolences may be offered at www.wichmannfargo.com