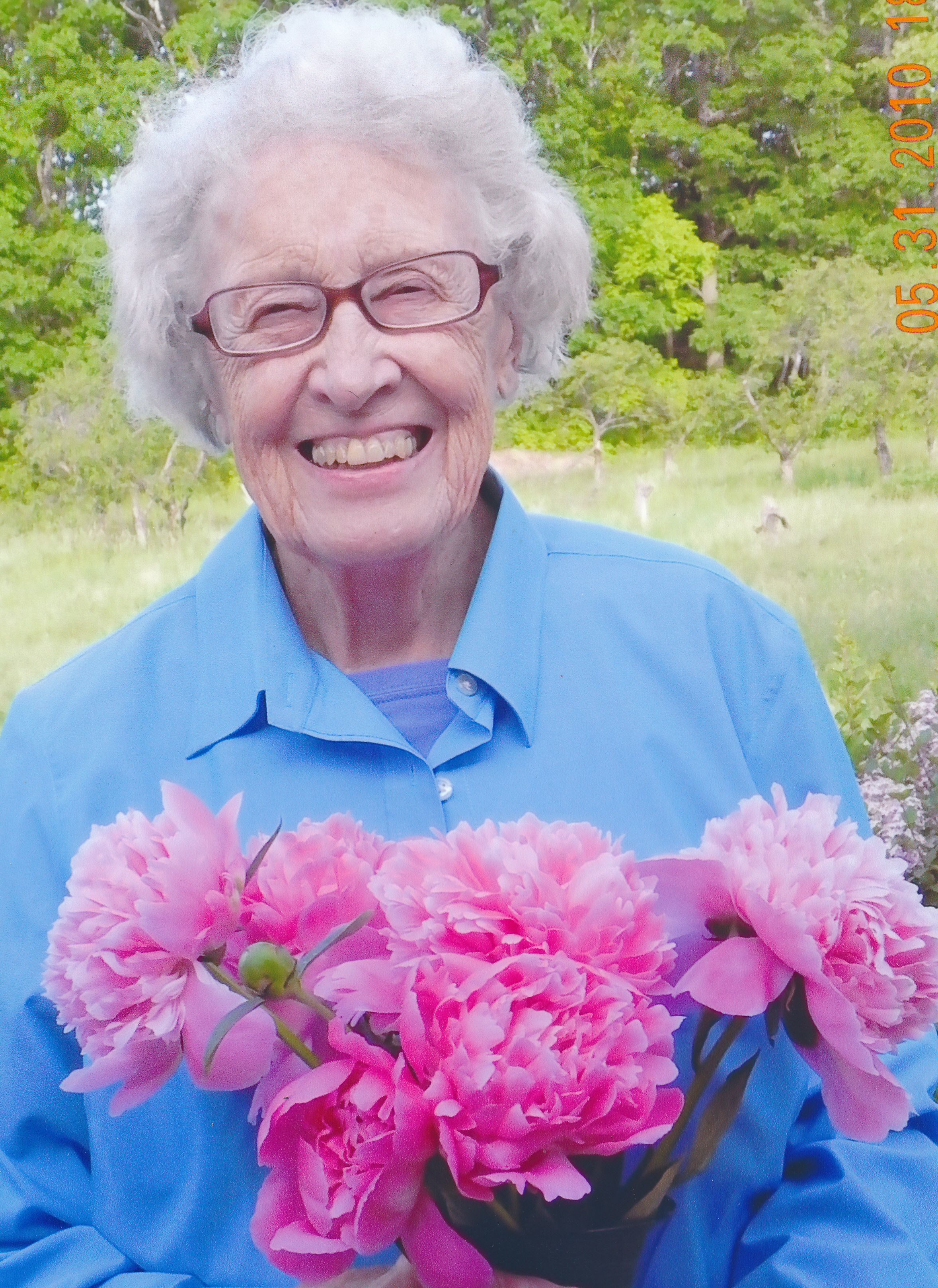 Sarah Stewart Taylor, age 93, passed away peacefully on November 28, 2015 at Appleton Medical Center where her family had gathered to be with her. She was born on January 30, 1922 in Philadelphia, PA, the first of three children of Helen Kraemer and Harry Gordon Stewart. After graduating with honors in English from the University of Pennsylvania in 1943, she met her future husband, Robert Newton Taylor, III, on the beach in Ocean City, NJ. They were married in 1944 and raised four children in Haddonfield, NJ before moving in 1963 to Oconomowoc, WI and in 1967 to White Bear Lake, MN.

In 1970, Sarah completed a Master of Library Science at the University of Minnesota and enthusiastically embarked on an 18 year career as Reference and Periodical Librarian at Lakewood Community College, which awarded her the Faculty Association's “Outstanding Service Award” in 1986. After retirement, Sarah planned vacations for herself and Bob in the United States, Europe, and the South Pacific, often combining travel with learning through Elderhostels.

In 2000, Sarah and Bob built a home in Egg Harbor, WI where sadly Bob died within a few months of their move. Always a “bloom where you are planted” kind of person, Sarah created a new and very fulfilling life for herself by developing and teaching a course on mystery writers through The Clearing in Ellison Bay. The popular class attracted well over 100 mystery readers during the dozen or so years she taught it—some fans enrolling multiple times. A lifelong learner, Sarah herself was a “repeater” in Ellen Kort's poetry writing workshops, also at The Clearing. In recognition of her 90th birthday, Sarah published for her family and friends a collection of her own poems.

Undaunted by diminishing mobility and legal blindness caused by glaucoma, Sarah remained in her Egg Harbor home until spring 2014 when she moved to the Heritage in Appleton, eager to make new friends and determined to turn at least some of them into mystery readers!

Throughout her life, wherever she lived, Sarah brought exuberance and boundless optimism. In college, community, employment, and church she shared a zest for living and provided wise leadership. She was an inspiring, entertaining, and loyal friend—and a loving, supportive, and creative wife, mother, and sister.

A memorial celebration of Sarah's life will occur at 1:00 pm on Saturday, December 5 at First Congregational United Church of Christ, 724 E. South River Street, Appleton, with a reception to follow. In lieu of flowers, memorial gifts may be directed to The Clearing Folk School, PO Box 65, Ellison Bay, WI 54210 or to First Congregational United Church of Christ for the Friends in Christ ministry from which Sarah benefited.

The family expresses appreciation to the CNAs, nurses, and therapists at the Heritage and Peabody Manor Rehab for the kind and gentle care provided to Sarah over the past 18 months.