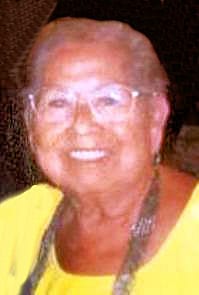 Sandy was born October 22,1941 in Tomah, Wisconsin to William and Sadie King. She lived in Menasha until her senior year when the family moved to Appleton. Though her friendships remained in Menasha, she graduated from Appleton High School in 1960.

Sandy married Tim Goss on October 7,1961 at St. Mary Catholic Church in Menasha. For the first ten years they made their home on Manitowoc Road, moving to their current home on Lake Winnebago in 1971.

The early years of marriage were very busy.  Soon there were four children to raise and a business (Goss Auto Body) to run. Sandy cared for the children and worked part time in the business office.

After Goss Auto Body was well established and the children grown, Sandy worked in Oneida as an Administrative Assistant at the Little Bear Development Center (1993-2001). While there, she took classes to learn the Oneida language and developed a deeper appreciation for her native heritage.

Tim and Sandy lived an active social life among family and friends. Everyone was welcome in their home. Later, when they bought a cabin on Lake Metonga (1968) and a home in Florida (2010), that hospitality expanded with them to include summers in Crandon and winters in Florida. Sandy was not one to hover over her guests, however.  Most often she invited them to help themselves, creating a space that was even more welcoming.

Sandy had a generous spirit.  She was always available with help and support when called upon. She delighted in and supported her grandchildren and great grandchildren, becoming an essential part of their lives.   Her sense of humor and appreciation of friends found expression in clever rhymes and limericks that she composed for special occasions. She was well known for a straight forward, candid manner that was somehow reassuring and inviting. She faced life’s challenges with that same candor, accepting the difficulties, dealing with them and moving on. She preferred giving her energy to life’s celebrations. Just ask anyone who watched or attended a Packer game with her. (“I could call a better play, if I could get in the huddle”.) Health complications followed Sandy throughout much of her life. She talked very little about that and never complained.  She viewed her life as good and she did not want misplaced sympathy. At times she may have appeared stoic in her silence except for the fact that she never seemed burdened by difficulties. Looking over the trajectory of her life, an inner gracefulness that allowed her to carry life’s challenges with amazing lightness shines through. She will be missed by many.

Sandy is survived by her husband Tim;  four children and their spouses:

She is preceded in death by her brother Bill King and his wife Margaret and her brother-in-law Lem Elm.

In lieu of flowers, the family requests that a donation in Sandy’s name be given to The American Diabetes Association.

Because of the current circumstances, a private family funeral service will be held for Sandy at 11 AM on Thursday, June 11, 2020. You are welcome to view the service via livestream, which can be found on this obituary page at wichmannfuneralhomes.com on the day of the service. Extended family and friends are invited to a catered Celebration at the family home on Firelane 8, following the service.  This will be a COVID conscious gathering, held outdoors on the lake, with a sanitation station and masks provided if needed.  Servers and a bartender will also be at hand. Please come as you are, in casual attire. And feel free to bring a swim suit.

Please leave a special message or condolences for Sandy’s family below.