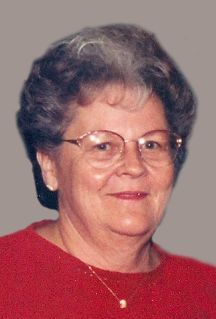 Sandra L. Hambek, age 74 of Kaukauna, passed away peacefully on Sunday, April 10, 2016 in California surrounded by family. Sandy was born in Kaukauna on August 27, 1941. Sandra was an avid knitter and loved to sew. She also enjoyed traveling. Sandra married James Hambek in 1999. Jim and Sandy were blessed to be able to travel and see most of the country together over the last 17 years. They had many great adventures. She enjoyed coming back to Wisconsin to be with her grandchildren and many friends. Cheyenne and Sandy always had the nicest nails in town when she came home. She was a woman of kindness who always put others needs before her own. She spent a lot of time caring for sick people and always made sure that newborn children had a knitted baby blanket.

She is preceded in death by her husband, James Hambek, her parents, Loyal and Elsie Schmaltz, her brother, Ted, and many good friends.

Funeral services will be held Tuesday, April 19, 2016 at HOLY CROSS CATHOLIC CHURCH, 309 Desnoyer Street, Kaukauna at 11 A.M with Father Tom Pomeroy officiating. A time of visitation will take place at 4 P.M. until 6 P.M. on Monday, April 18, 2016 at FARGO FUNERAL HOME, 400 W. Wisconsin Ave. in Kaukauna and on Tuesday from 10 A.M. until the time of mass at church. Interment will be in Holy Cross Cemetery. Online condolences can be expressed at www.wichmannfargo.com.