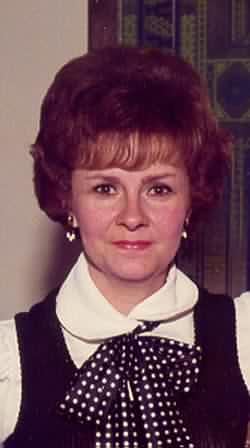 Age 61, died Thursday, March 1, 2001, at Outagamie County Health Center following a courageous battle with multiple sclerosis. Sandra was born in Milwaukee on October 28, 1939, to John Szellman and the late Pearl (Wiszinski) Szellman. Sandra is survived by her father, John Szellman, Milwaukee; her daughters, Deborah (Douglas) Abbott, Appleton, and Sharon (Don) Springhetti, Appleton; her grandchildren, Amanda Abbott, Madison, Kennedy and Brock Springhetti; and her former husband, John Glugla. She was preceded in death by her mother; and her sister, Diane Carlson. The Funeral Liturgy will be at 11:00 a.m. on Monday, March 5, 2001, at ST. MARY CATHOLIC CHURCH, 312 South State Street, Appleton, with Fr. Michael K. O‚ÄôRourke officiating. Interment will be in Riverside Cemetery, Appleton. Friends may call directly at the church on Monday from 10 a.m. until the time of services.
WICHMANN FUNERAL HOME
537 North Superior Street
Appleton 739-1231

The family would like to extend a sincere thank you to the nurses and staff at Outagamie Health Center. They would also like to gratefully thank Sandra‚Äôs longtime and special friends who assisted her with their care, love and prayers.