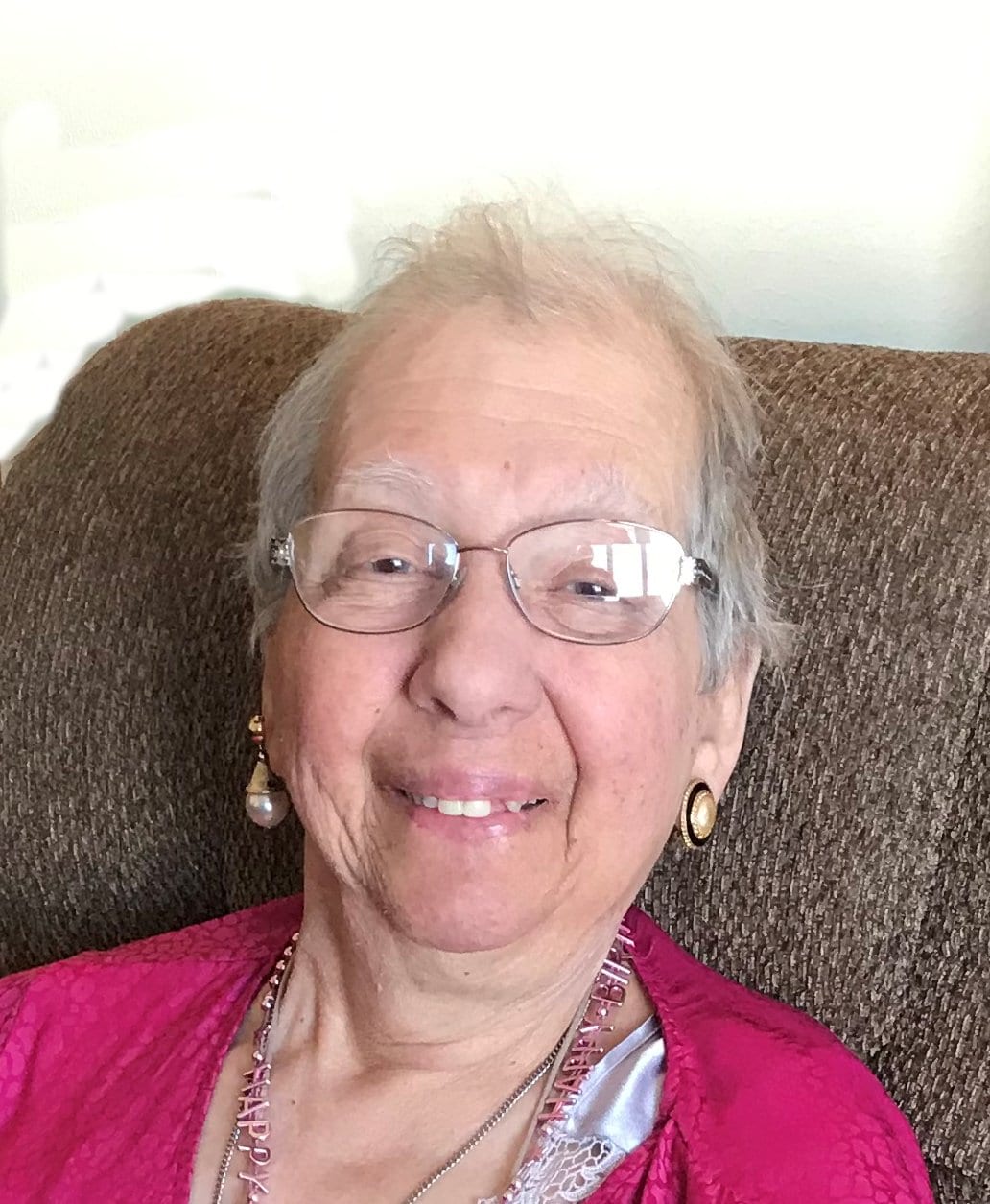 Sally Ann Yonan, 84, left this earth to be with her Lord and Savior on Saturday, March 28, 2020 at Evergreen Retirement Community in Oshkosh where she has resided for the past 35 years. She was born in Appleton on April 17, 1935 to the late John and Lucille Yonan. She attended Appleton High School.
Sally Ann was well known for her special love of children and they loved her equally. She truly enjoyed visiting with her many ongoing friends at Evergreen Manor and she had a very special friend, resident Shirley Brown, and they spent long hours together. They went to functions together, laughed a lot, and truly were best friends. Unfortunately, Shirley passed away many years ago.
She enjoyed watching movies, especially her favorite actors John Wayne and Charleton Heston, and loved watching reruns of The Lawrence Welk Show on late Saturday afternoons. While wearing her favorite Jersey Sally enjoyed watching her beloved Green Bay Packers.
Sally also enjoyed an extended trip to Hawaii, visiting several islands with her brother John, and sister-in-law Carol. Her brother passed away in 2017 and her sister-in-law passed away in 2018.
Survivors include her nephews; John (Sherry) Malek Yonan III of Camino, California, Mark E.M. (Bill St. Marie) Yonan of Neenah, great nephew and great nieces; Justin (Jasmine) Yonan of San Francisco, Shauna Lee (Chris) Sexton of Tracy, California, Sharene Lee Yonan and Andrew of Bakersfield, California, great great niece and great great nephews; Shaelyn Grace Sexton, Jonah Caleb Sexton and Jackson Malek Sexton of Tracy California.
In keeping with the current state of affairs a memorial service will be held at a later date. Online condolences may be expressed at www.wichmannfargo.com. The family would like to express their unending thanks to the staff at Evergreen Retirement Community, especially Linda, Edie and Stacey.